For Kuda’s bridge on the Krupa River, there are no words that would fully describe its beauty. Kuda’s bridge is not just a bridge that connects the two banks of the river in symbiosis with nature. The bridge is a pure love story. It is one of the hidden beauties of Croatia. Although it is not far from the urban area, there are no many visitors. But who once was there – he was left breathless.

The Krupa River is the largest tributary of the Zrmanja River, and its 11 kilometers in length is decorated with 19 amazing waterfalls. However, the main attraction of the Krupa River, in the southern slopes of Velebit, is a hidden beauty – the stone bridge built more than 200 years ago. A young man named Kude, in order to reach the girl he loved, built a stone bridge. The bridge connected the two banks of the Krupa River through 12 arches and stone pillars. Kuda’s bridge and the whole valley where it is located enchants and inspires everyone who gives the opportunity to this little piece of paradise. 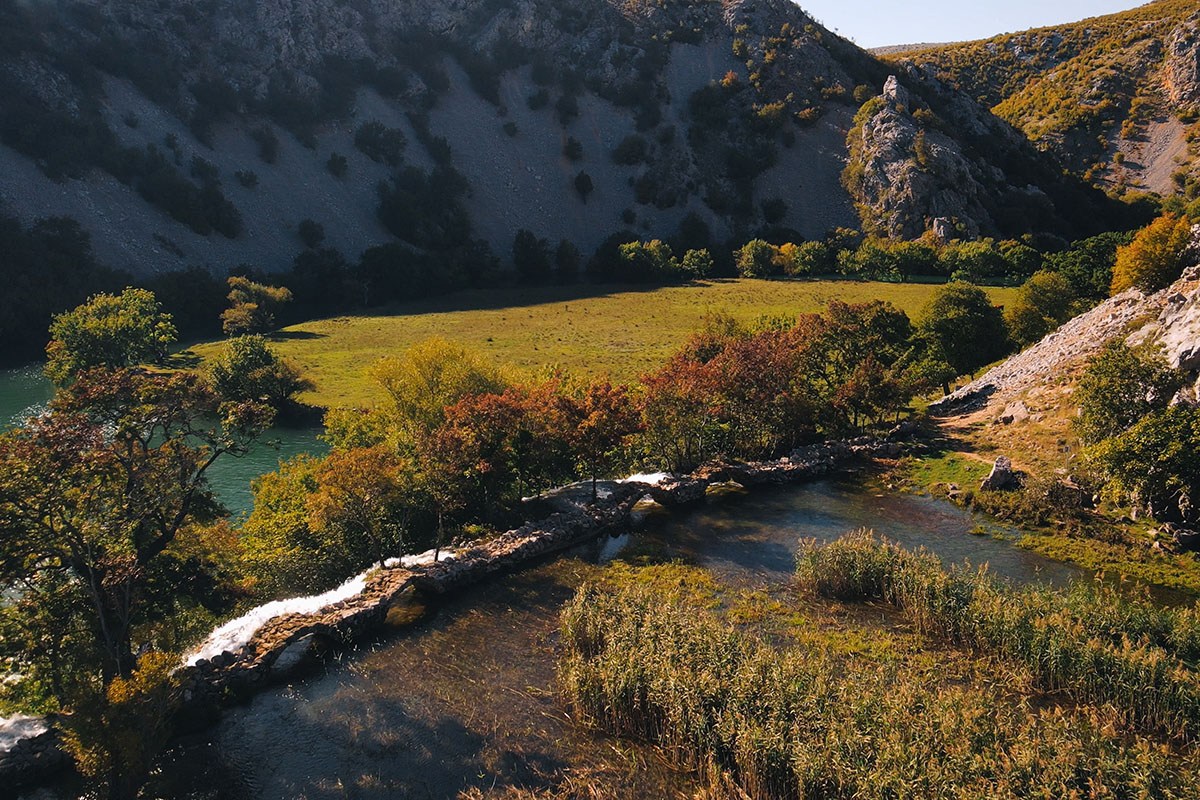 The legend of Kuda’s bridge

According to legend the bridge was built by a young man Kude in honor of love. Kude fell in love with a girl who lived in a village across the Krupa River. And in order to reach her, he had to find a crossing. He built a bridge to get to the other side of the river, to the girl he loved. And Kude crossed the river that separated him from his darling. He and his brothers built the bridge in the technique of drywall from twisted blocks with arches that connected the banks of the Krupa River.

The story goes that the girl in which Kude was in love, was the first person that crossed the bridge. The loving couple eventually got married, and the bridge was named after this young man that builds it, in the name of love. Like all legends, this one stimulates the imagination and tells us how much love was involved in the creation of this valuable cultural monument. 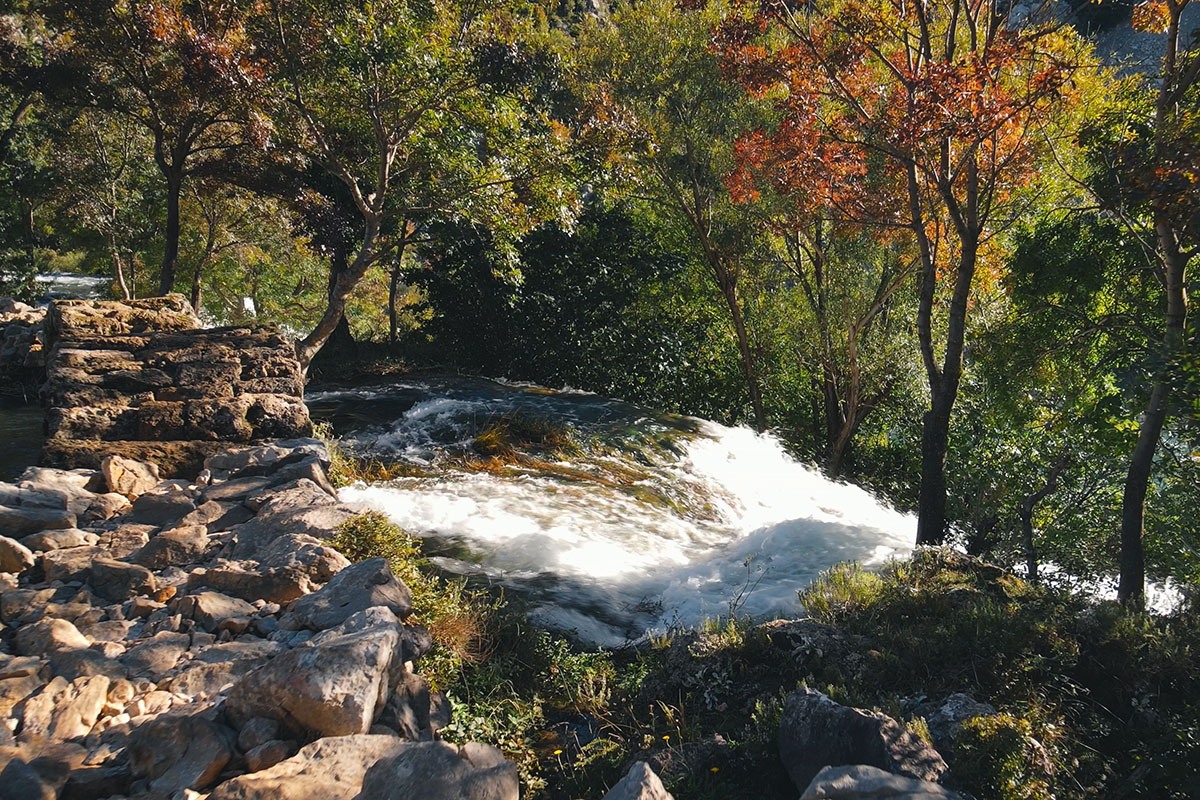 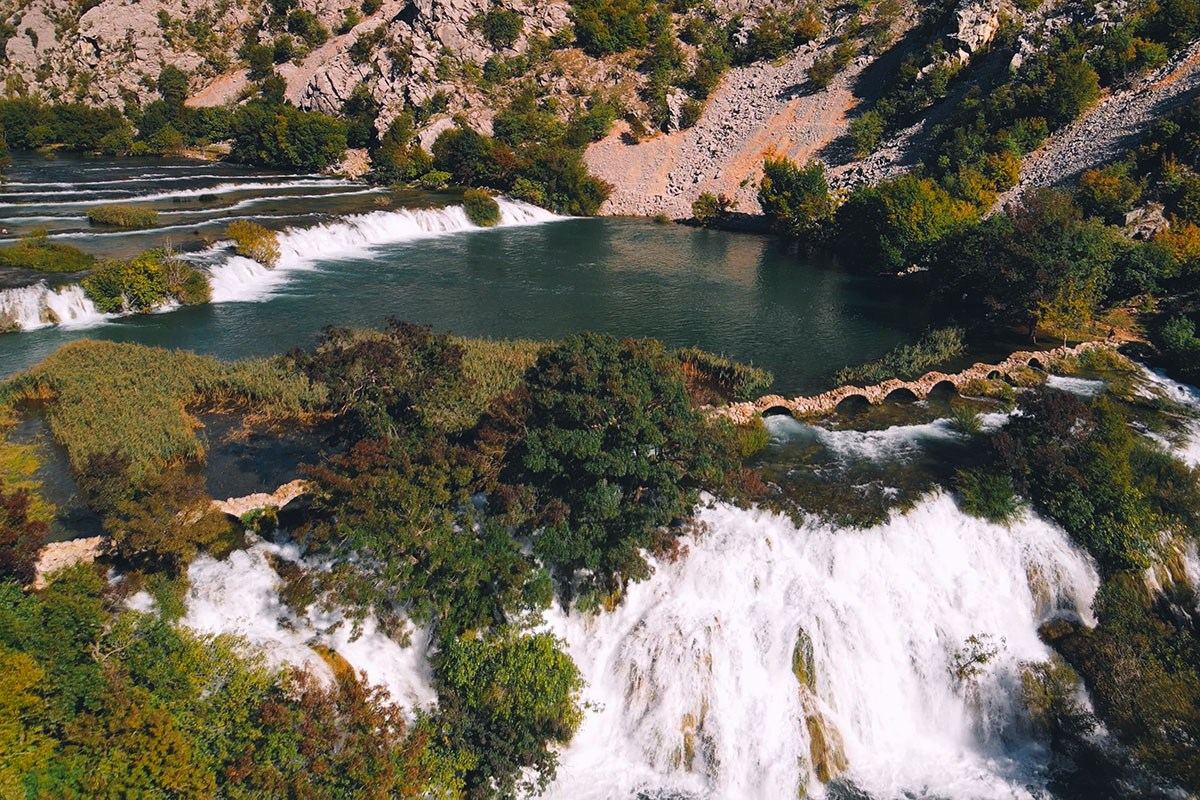 The Zadar hinterland is filled with incredible secret places that are waiting to be discovered. At the foot of the southern slopes of Velebit, there is another example of untouched nature – the Krupa River. The most prominent tributary that flows into the river Zrmanja. Krupa is one of the most beautiful rivers in Europe. Although it is a relatively short river, Krupa has formed many waterfalls. Some of them are the most beautiful waterfalls in Croatia.

Apart from the legend, the canyon of the Krupa River a is one of the best places for hiking in Dalmatia. Where you can enjoy the beautiful and authentic atmosphere of the Dalmatian hinterland. The best time of year to hike around Krupa is definitely during spring when there is little possibility of bad weather and when nature wakes up from hibernation. 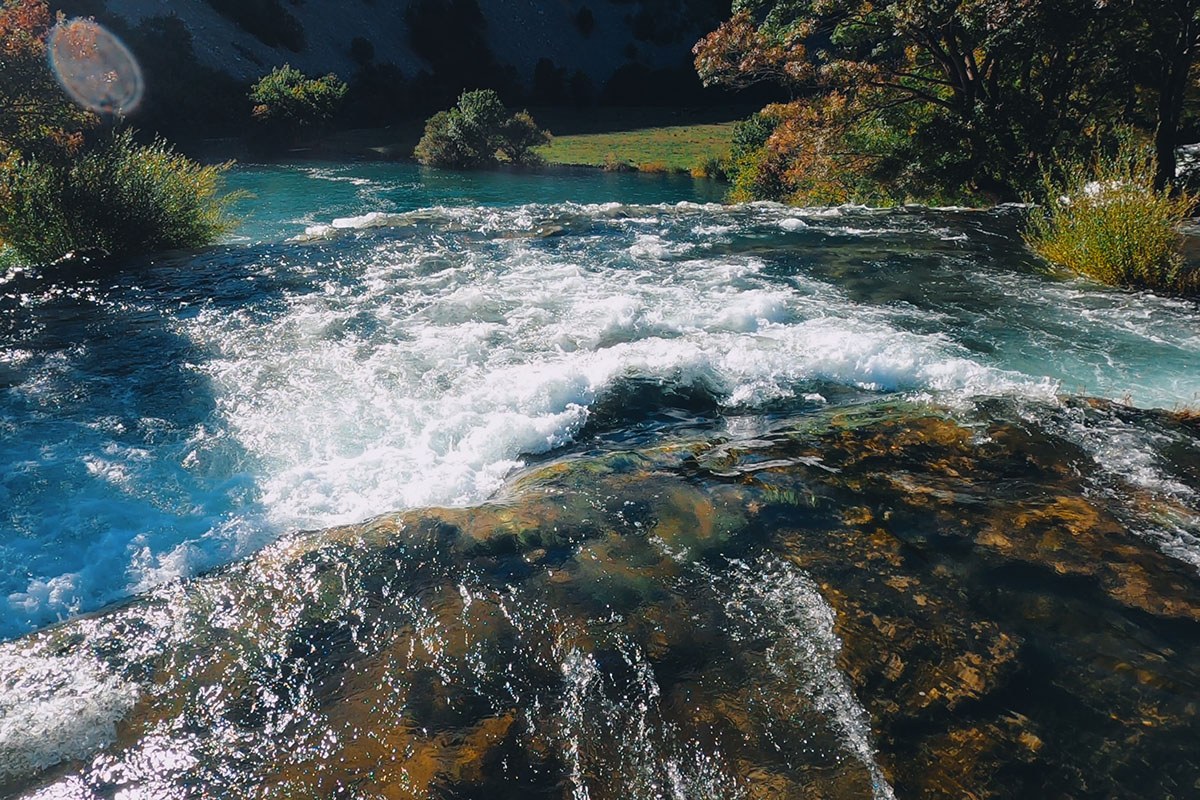 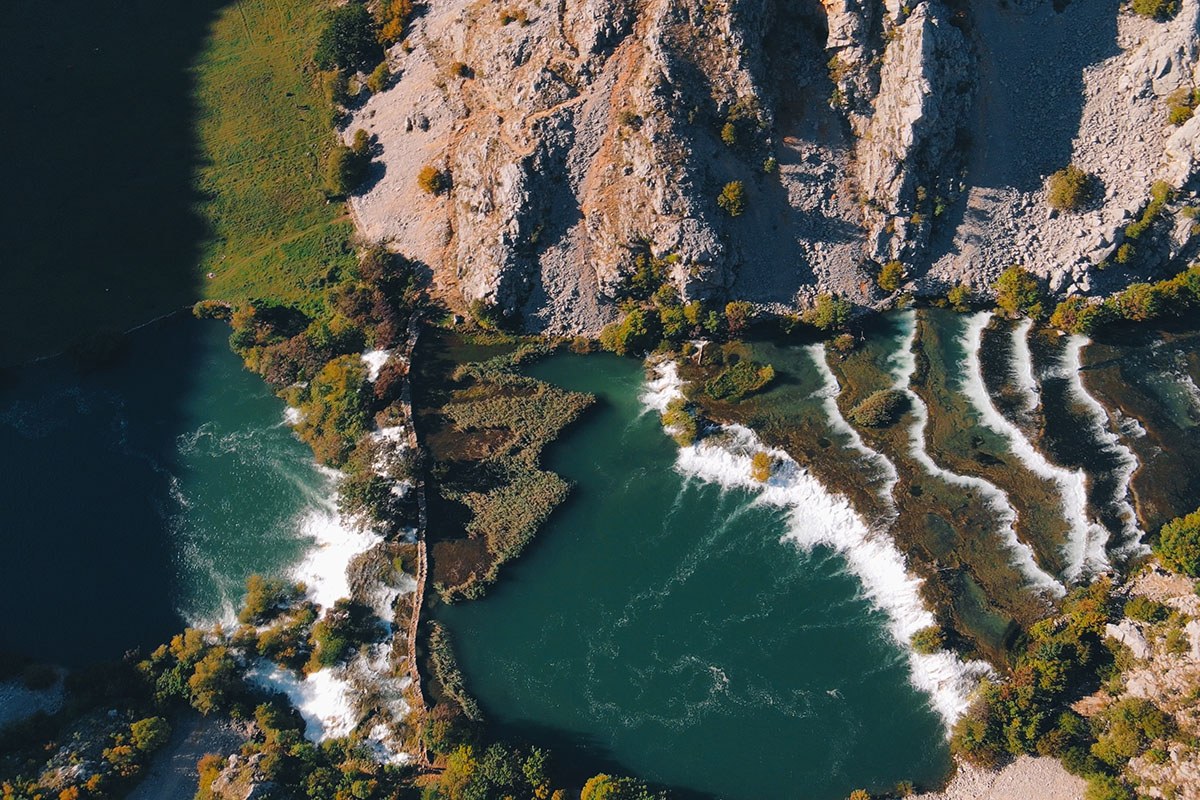 Kuda’s bridge is a perfect place for excursions

The Krupa canyon and the valley where the Kuda’s bridge is located are ideal for a day trip. You can find natural beauties, shade, calm flow of the river, the unique construction of the bridge, waterfalls, a position far from everything, a meadow-like from a fairy tale and recreational spots. Everything composed for complete relaxation. Arriving at Kuda’s bridge, you can get to know the most beautiful part of Krupa, its magnificent waterfalls and travertine cascades. When you cross Kuda’s bridge, you feel the magic of a love story. Knowing that the Kuda’s bridge is also the oldest preserved crossing over the Krupa River. 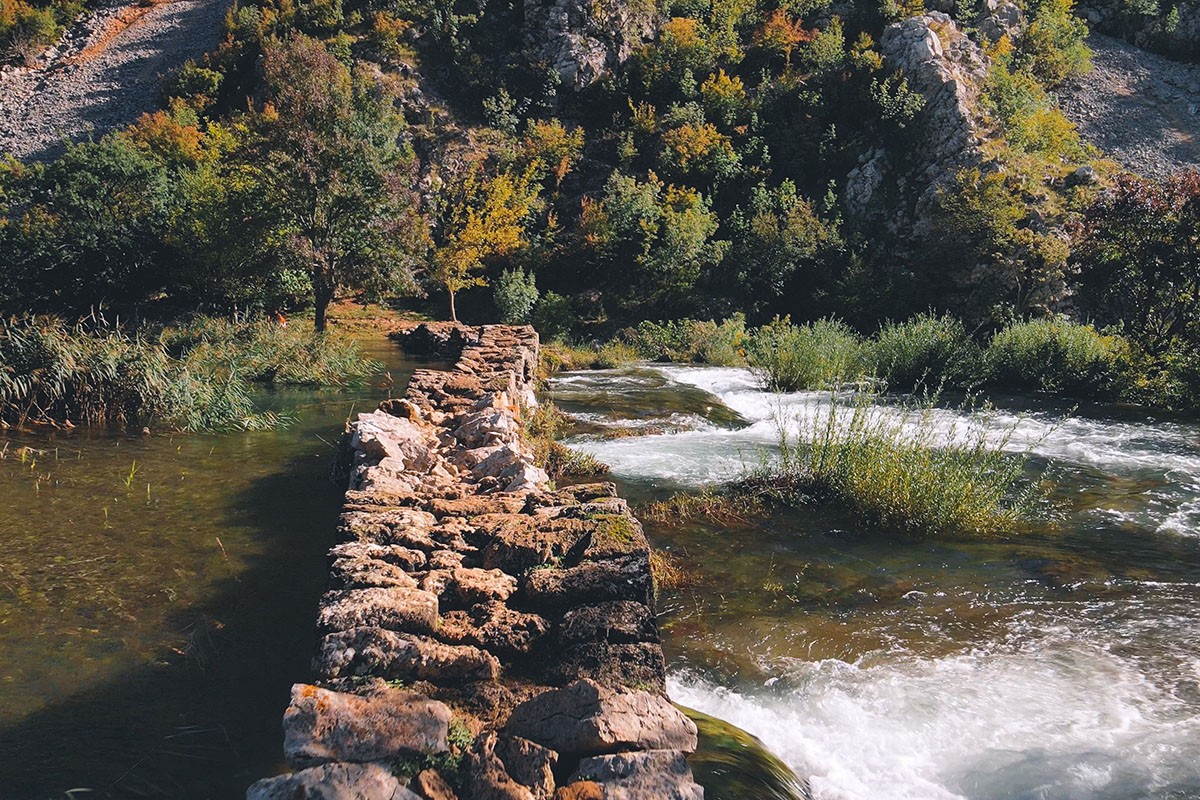 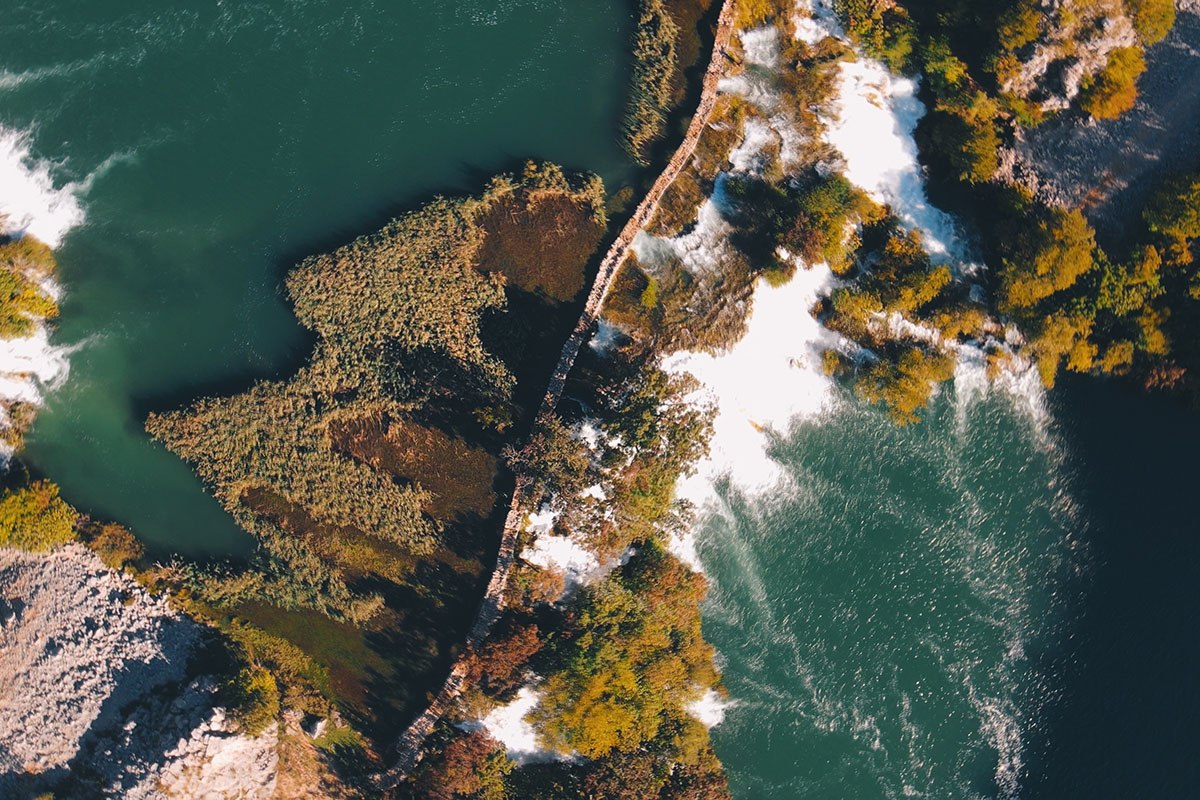 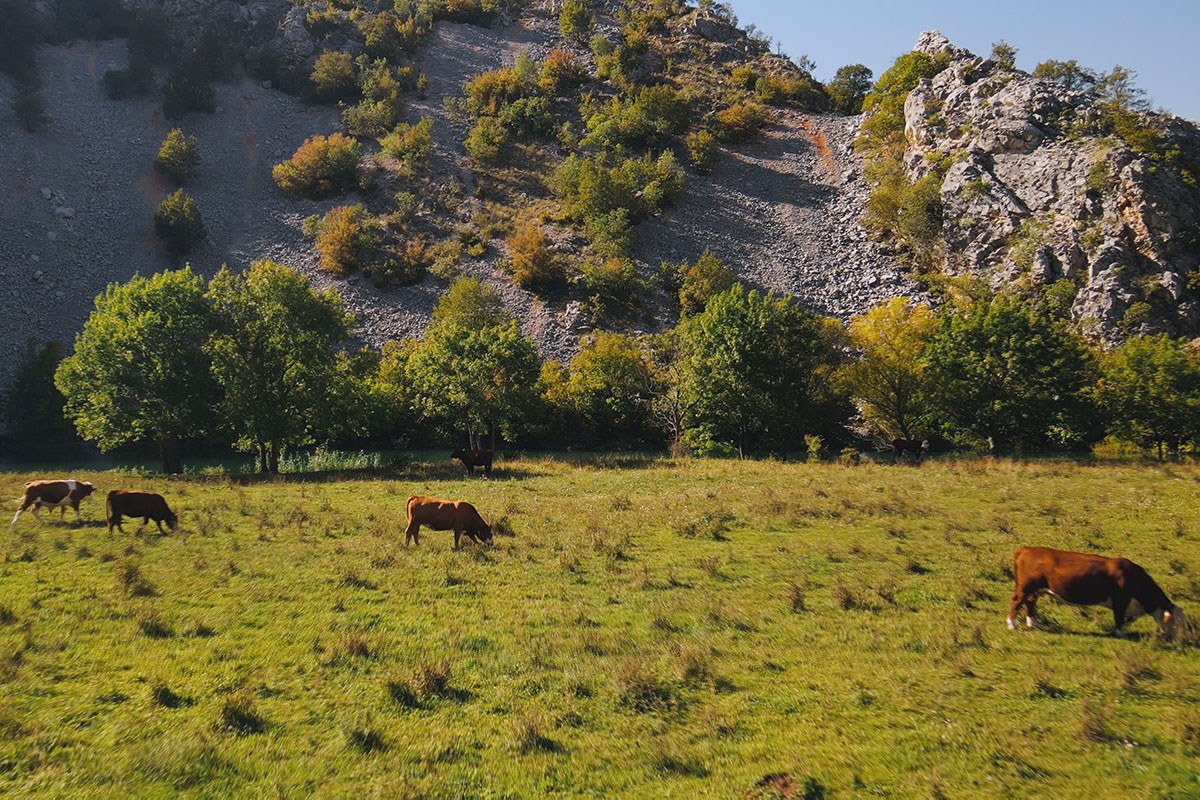 Whoever crossed the bridge must have been out of breath. The feeling of admiration and serenity overwhelms you once you are on the bridge. The size of Velebit and the canyon, surrounded by beautiful greenery and the abundant Krupa River is indescribable. Is there a better reason to visit this unreal place?