The beauty and diversity of the Paklenica National Park will enchant everyone. This landscape paradise is unparalleled in all seasons. It has its own unique and irresistible appeal. The park abounds in vast natural resources. In a relatively small area, there is an exceptional wealth of geomorphological phenomena and shapes, diverse flora and fauna, attractive landscapes, and untouched nature. In addition to natural beauty, Paklenica attracts with its endless recreational activities, day after day.

Paklenica National Park is located in a small area of ​​only 95 km2, halfway between Karlobag and Zadar. Beautiful limestone rocks that stretch from the sea deep into the Velebit massif. Popular among Croatian walkers and climbers. There are no nature lovers, regardless of whether they have climbing experiences or skilled mountaineers, who will not bow to the beauty and challenges of Paklenica, with the silence of gratitude. Due to its unique natural basis, exceptional geomorphological forms, and magnificent forests, Paklenica has declared a national park in 1949. The wider area of ​​Paklenica is characterized by a rich and diverse cultural heritage. 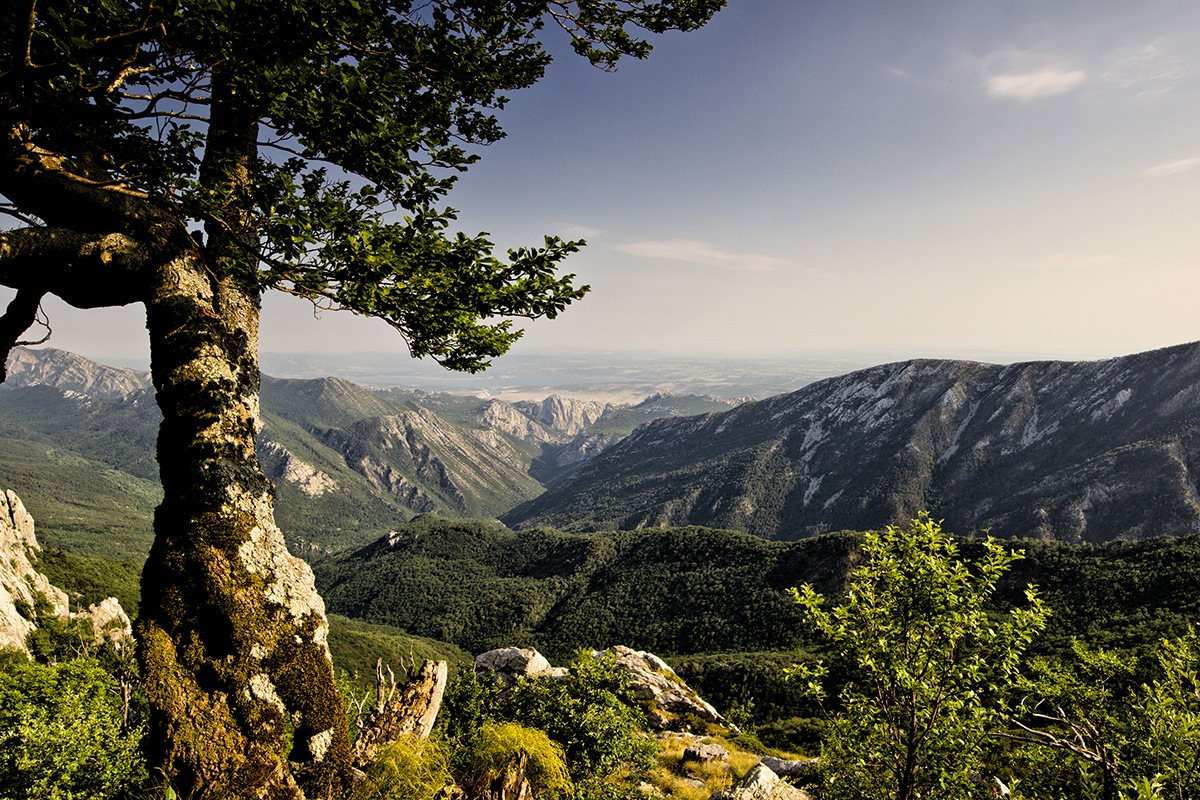 The diversity of the living world is conditioned by climatic characteristics and diverse geological past. Also, characterized by great diversity, the presence of endemic, rare, legally protected species. Forests cover two-thirds of the area of ​​Paklenica, with a variety of plant communities. The great preservation of the ecosystem in Paklenica is a prerequisite for the richness and diversity of the fauna. In the park, you can meet some species that are extinct in many European areas. To the richness of the flora contributes more than 1000 recorded plant species and subspecies, of which 79 are endemic.

The fauna consists of about 250 species of birds, 30 species of amphibians and reptiles, and more than 50 species of mammals. Of the large species in the area of ​​Paklenica, you can found deer, wild boar, chamois, brown bear, wolf, lynx, fox, wild horses, and wild cat. Among the 254 bird species, almost half are nesting birds. The special value of Paklenica is the population of rare species of birds, like – golden eagle, snake eagle, and hawk. However, one of the most attractive features of the park is butterflies. 82 recorded species inhabit the park, which makes it a paradise for butterflies. 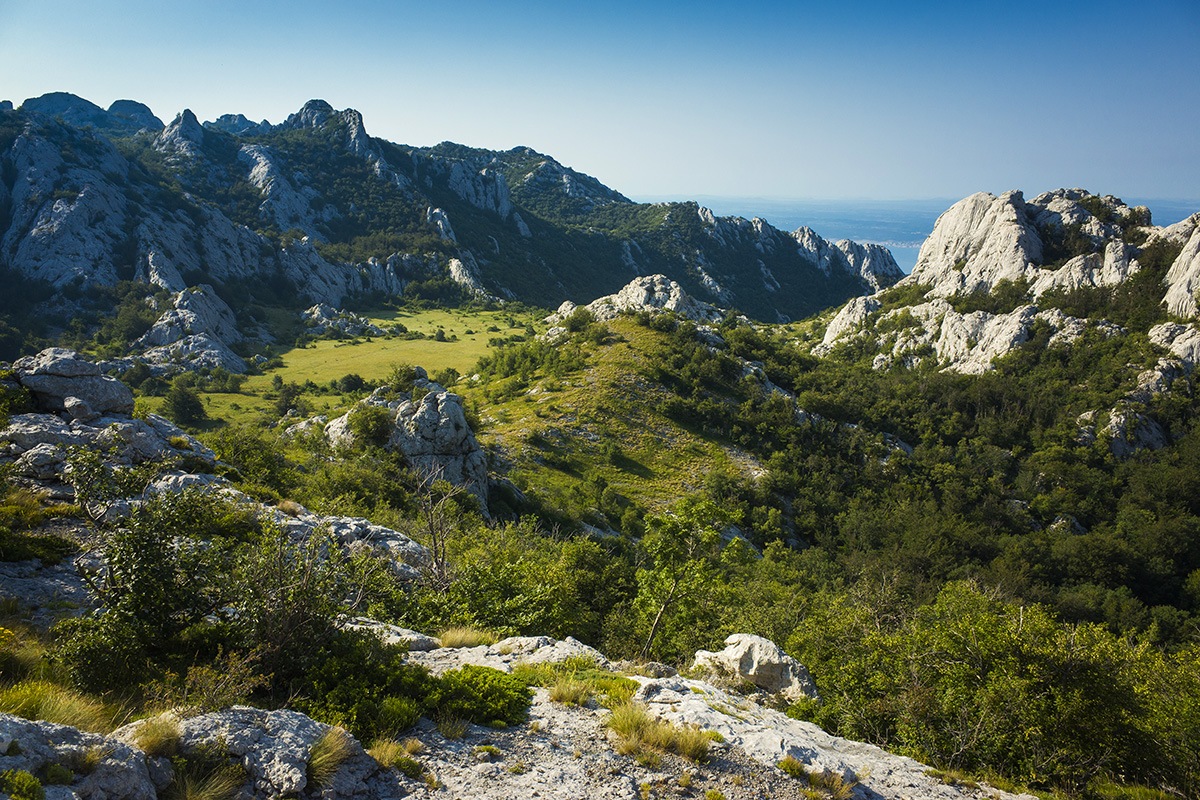 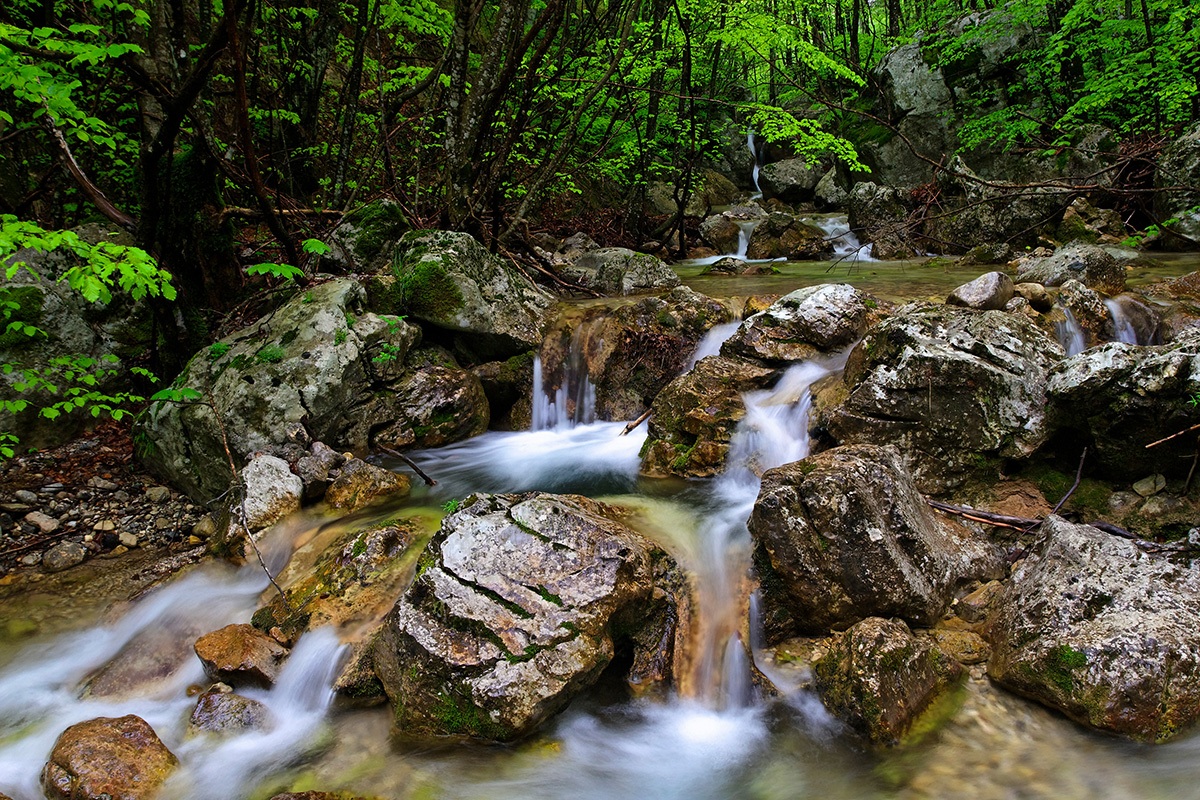 Paklenica is an excellent example of Mediterranean karst formed by the interaction of climate and specific geological background. The park includes the most attractive area of ​​the southern slope of Velebit, the stunning canyons of Velika and Mala Paklenica. The 14 km long canyon of Velika Paklenica in its narrowest part is only 50 meters wide. The canyon of Mala Paklenica is more modest in size. It is 12 km long, and in its narrowest part, it is only 10 m wide. While the surrounding rocks rise to a height of 650 m.

Popular cracks and peaks are in the southwestern part of Paklenica, in the area of ​​Bojinec. This part of the karst is relatively poor in vegetation. So in the area of ​​Bojinac, you can experience karst in its most spectacular edition. Numerous caves and pits in the area of ​​the Paklenica indicate a diverse and interesting underground. So far, 115 pits and caves have been found and explored. Some of which are truly impressive in the dimensions of their halls. 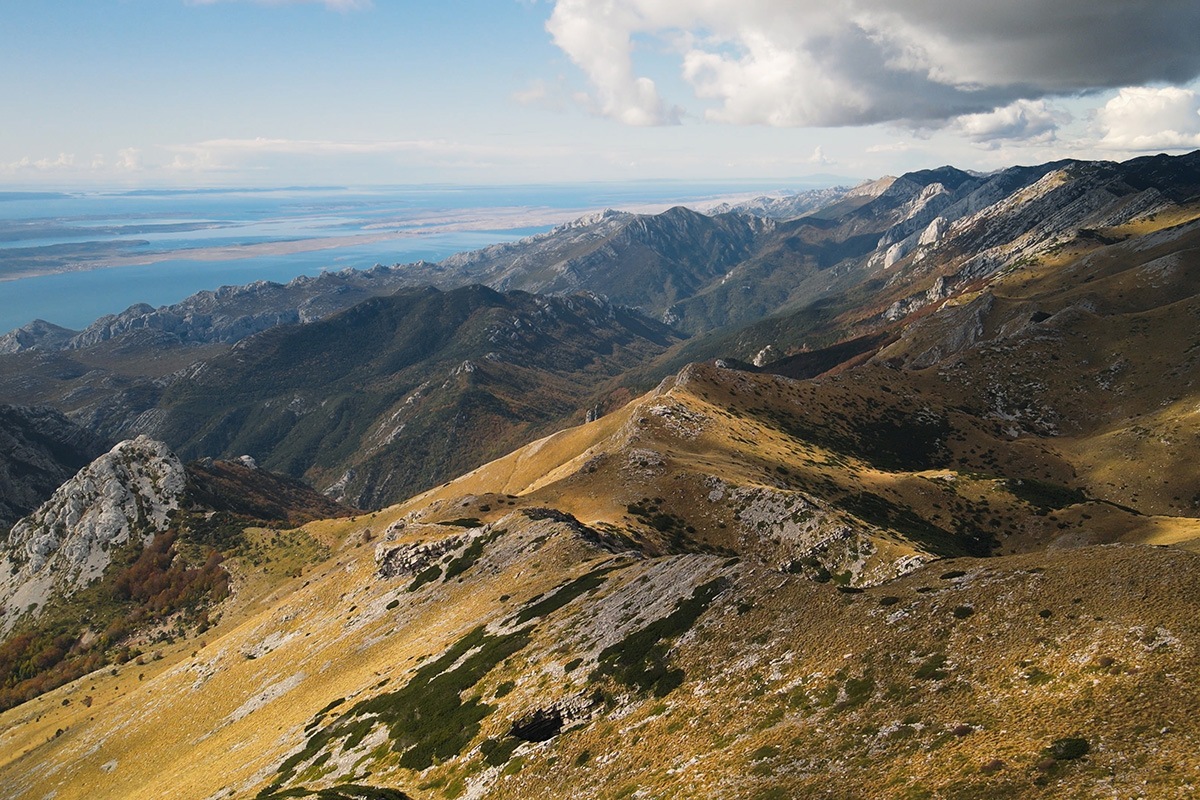 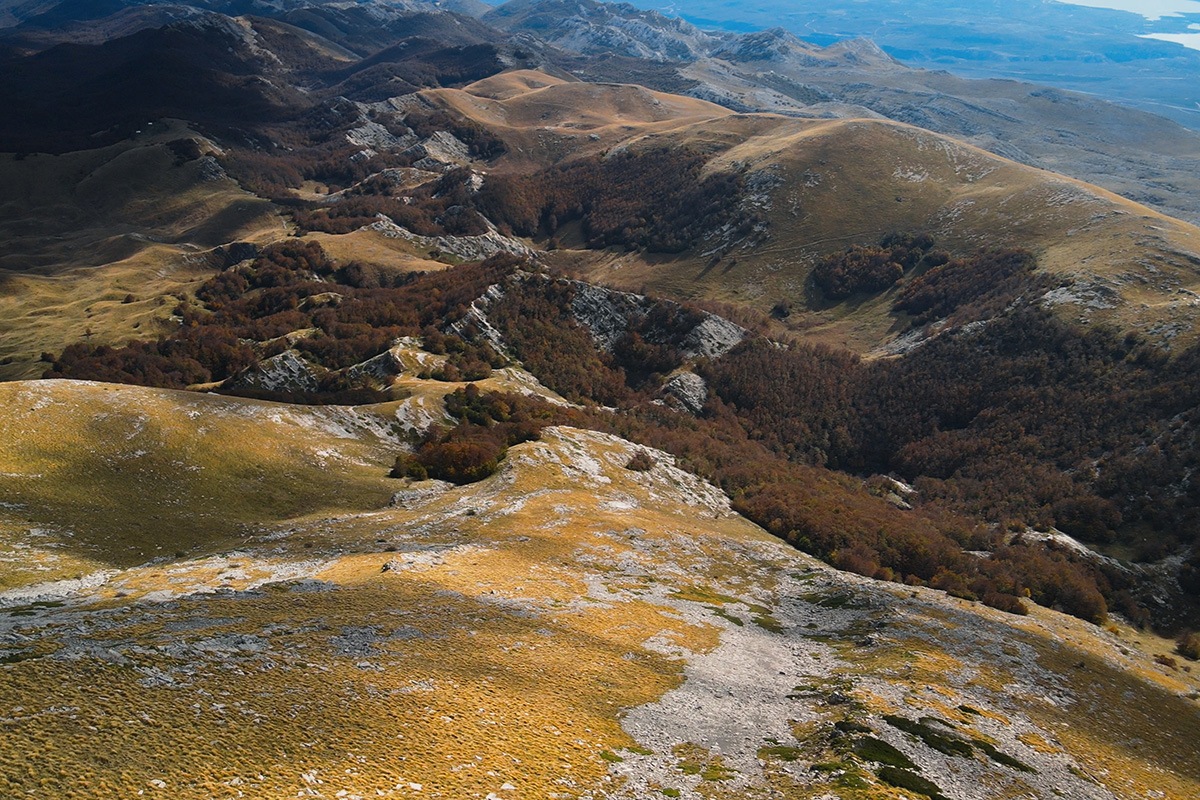 A paradise for adventurers

Beautiful nature, fresh air, and a range of activities from cycling, climbing, safaris, and rafting. Paklenica is an ideal place for all adventurers. Hiking is the only way to really get to know Paklenica. Within the park, there are up to 200 kilometers of trails and numerous mountain lodges and shelters. The park covers the area of ​​Velika and Mala Paklenica and their distinctive canyons that cut vertically into the southern slopes of Velebit. Part of the trails are for ordinary tourists, passable and with small ascents, so they are great for families with children. While one part of the trails are more demanding and intended for more experienced mountaineers.

More than half a century of tradition of mountaineering and sport climbing has put Paklenica next to the most famous European climbing centers. Due to the geomorphological features of the cliffs of the Paklenica canyon, it is a real little paradise for climbers. The climbing area has about 500 climbing routes of various weights and lengths. And the climbing season in Paklenica lasts from early spring to late autumn. 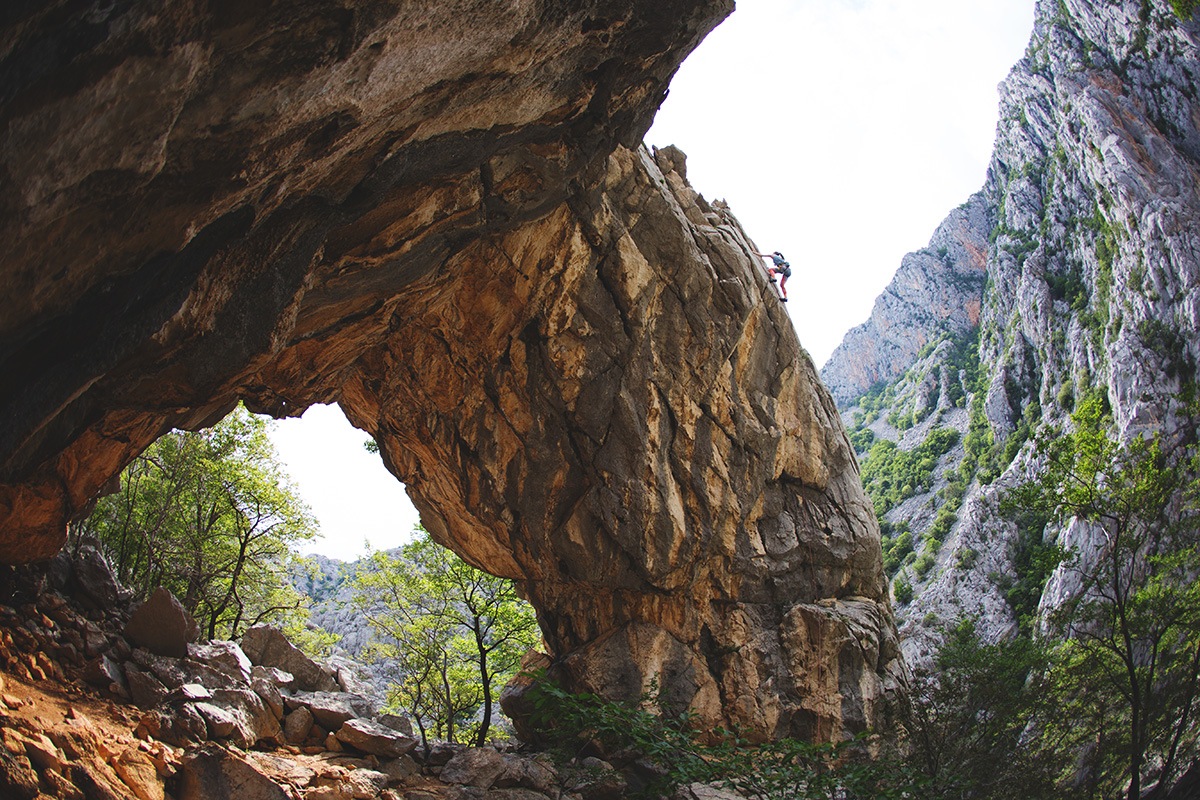 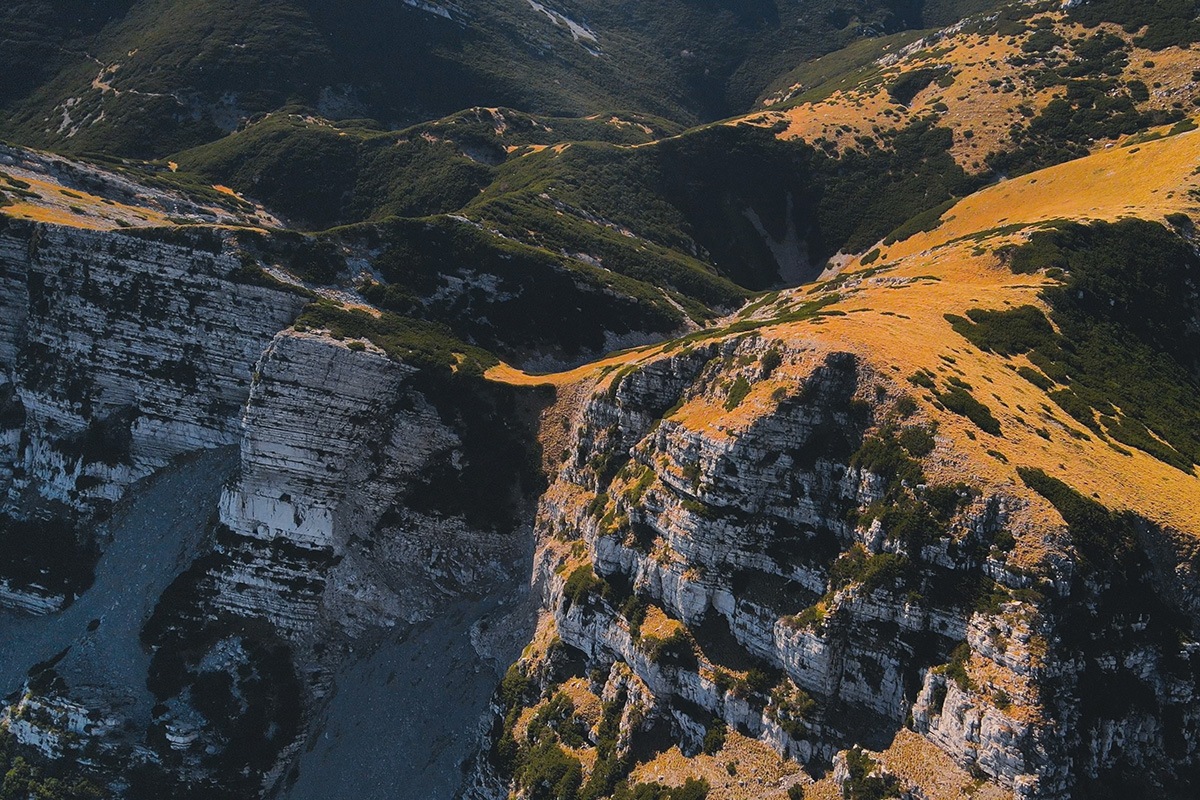 For those who can’t resist the call of the mountains, Paklenica presents a challenge and a pleasure. If you are eager for that real mountaineering venture, and you are an experienced mountaineer. Then we recommend climbing to the highest peak on Velebit – Vaganski vrh (1757 m). Climb a little lower, but no less demanding peaks of Sveto Brdo (1751 m) and Liburnia Peak (1709 m). At the top of Liburnia, you can see a magnificent view of the archipelago of the Central Adriatic. 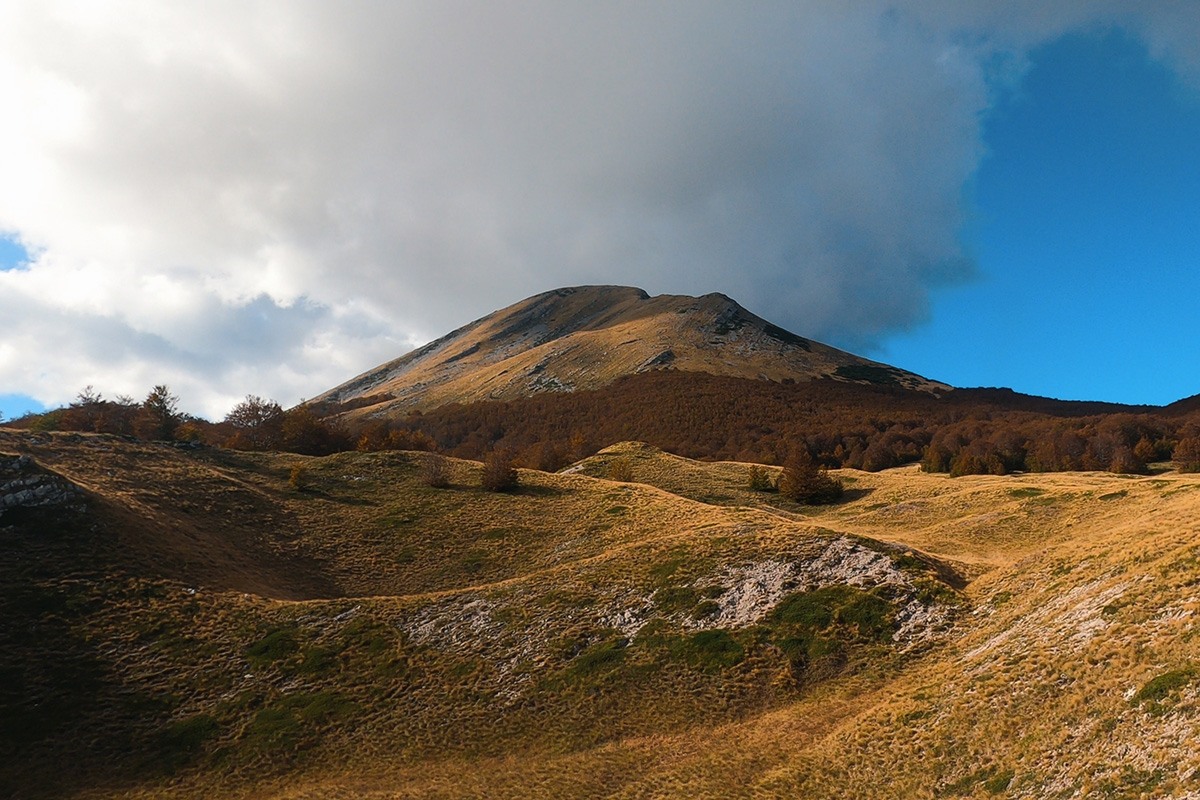 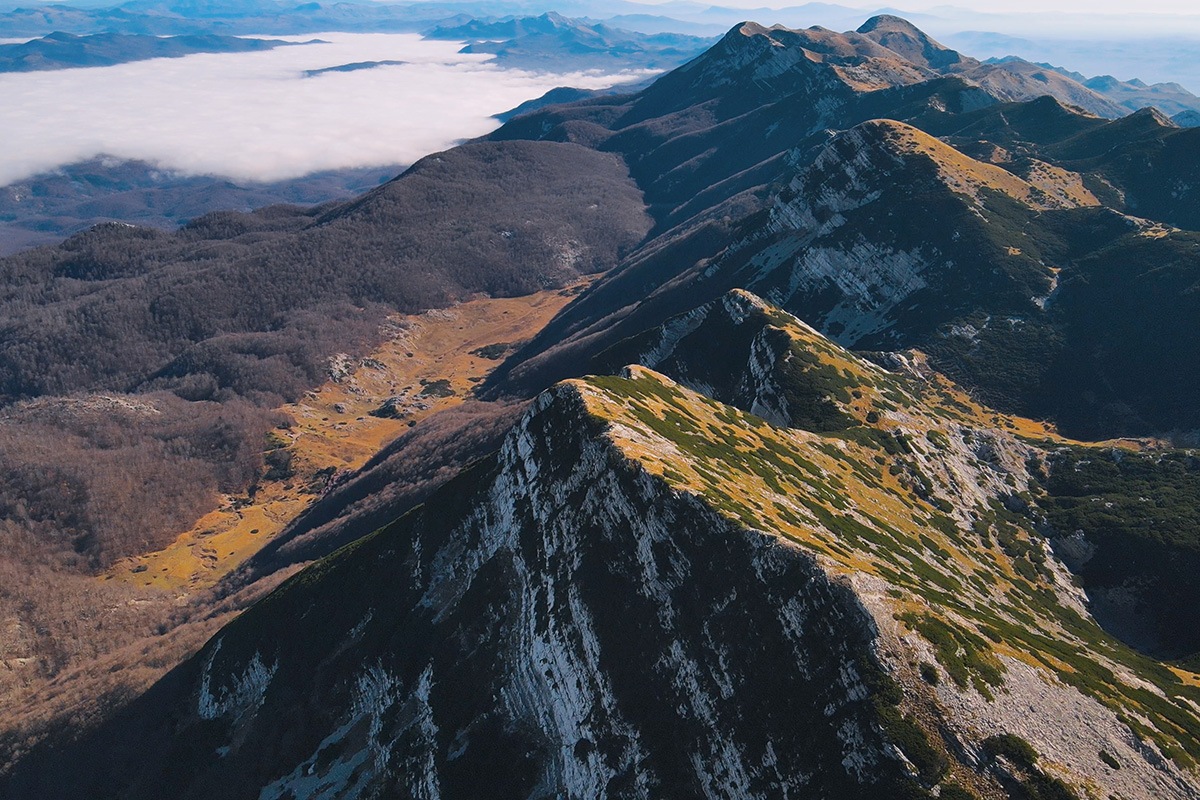 Paklenica is a paradise for all who love hiking in nature. About 200 kilometers of hiking trails lead to the highest peaks of the largest Croatian mountain. And they are all marked with signs and boards. Experience from the first hand the beauty of the mountain landscape that surrounds you. In your wanderings, you can also come across various animal species. 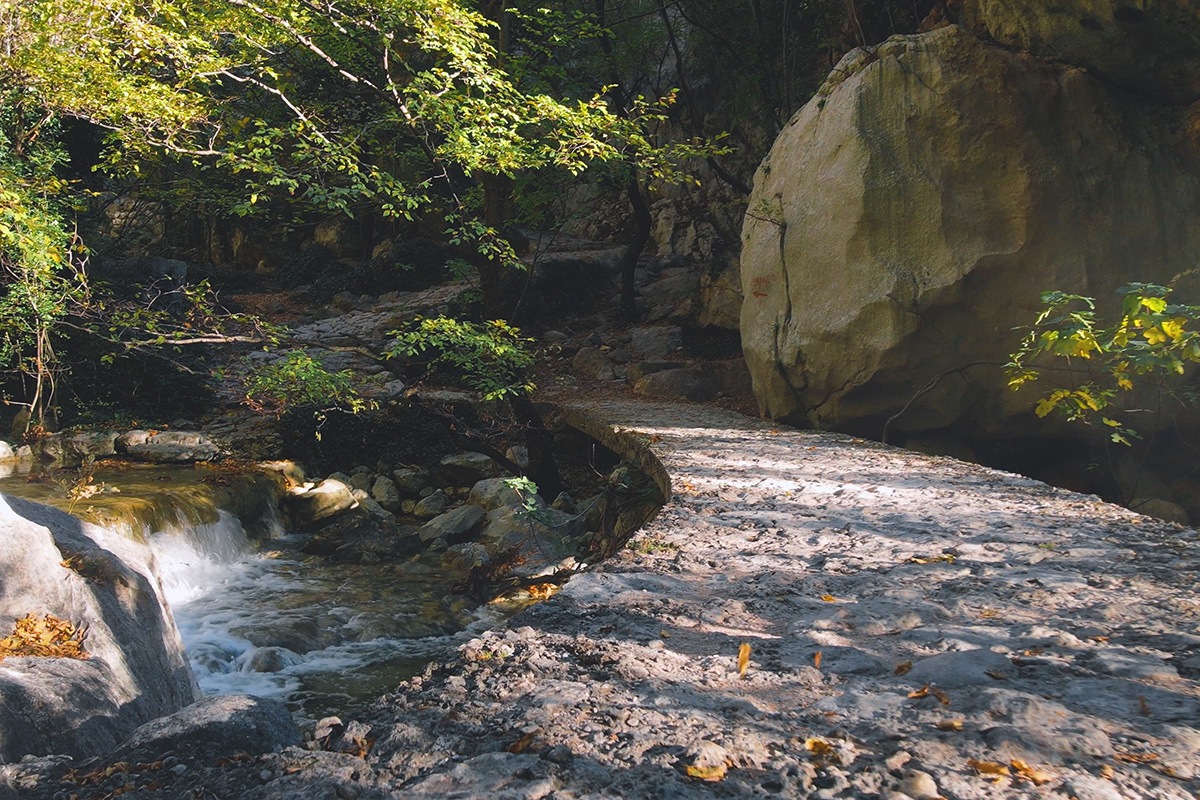 The area of ​​southern Velebit has been inhabited since prehistoric times. In the area of ​​Paklenica, ceramics of the older Neolithic have been found. As well as various other ceramic products. Lithic material of the Danilo culture, and a lot of material from the Bronze and Iron Ages. The location of Starigrad-Paklenica is on the very old foundations of the ancient Argyruntum. In the medieval period, several fortifications and sacral buildings were built in the area of ​​the entire sub-Velebit channel.

When is the best time to visit Paklenica?

If you have visited Plitvice Lakes National Park or Krka National Park during the summer months then you know what crowds mean. So you will be pleasantly surprised when you come to Paklenica. The best time to visit Paklenica is early spring and late summer if you don’t like the heat. On the other hand, Paklenica is full of forests that provide shade and protection from heat even in the hottest part of the year. Please note that if you want to visit some parts of Paklenica out of season, you must notify the park management in advance.