Rivers in Croatia belong to the group of the most beautiful and exciting rivers in the world. With perfectly clear water, magical waterfalls and magnificent canyons. We are all familiar with the beauty of the Adriatic, clear and clean sea and rocky shores with ancient stone towns. However, the sea is not the only wealth of Croatia, and rivers are certainly one of the most important. Apart from being pure sources of drinking water, rivers in Croatia are often areas of extremely beautiful nature. Therefore, many places surrounding watercourses have been legally declared protected nature areas, national parks, nature reserves, forest parks, nature parks, protected landscapes, or natural monuments. 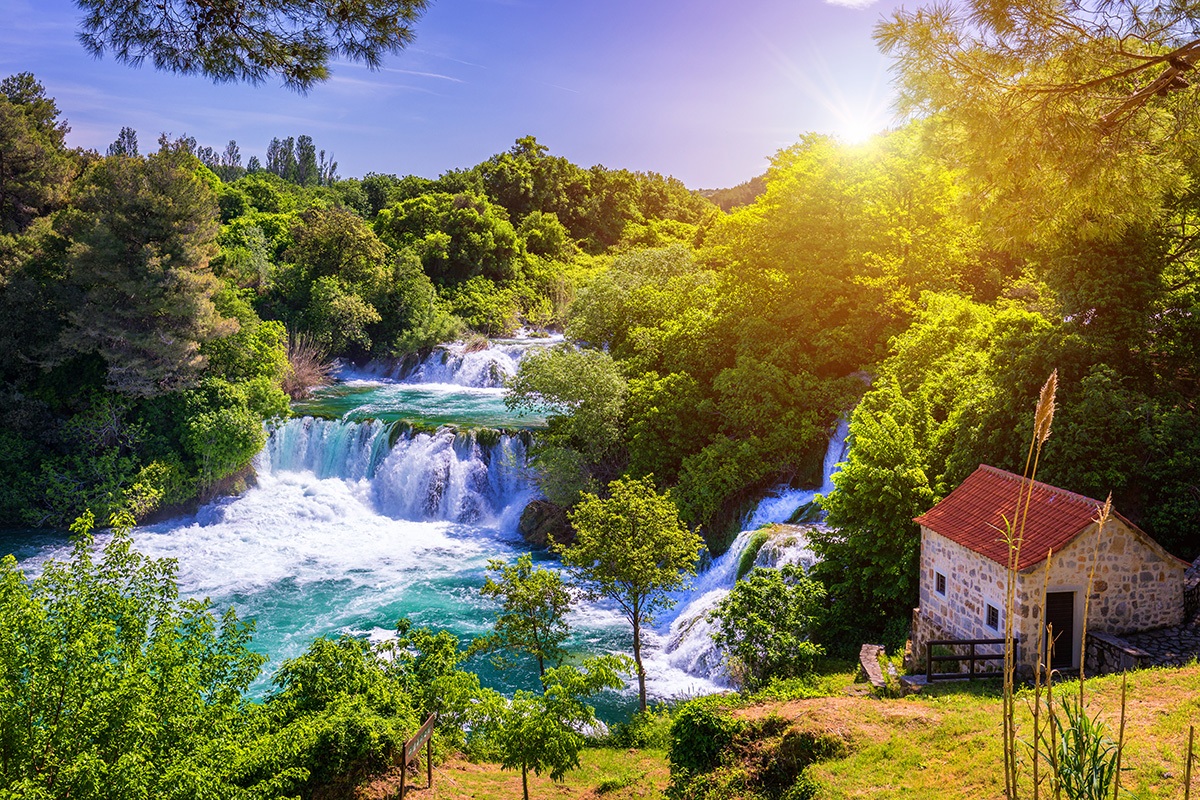 Krka, the beauty of karst, springs not far from Knin, near the Topoljski slap. After 73 kilometers, in the vicinity of Šibenik flows into the Adriatic Sea. Krka is Croatian most famous Adriatic river, especially popular with tourists. It is adorned with the beautiful Skradinski Buk, one of the most famous waterfalls in Croatia, with the enchanting nature that surrounds it, and the cultural heritage. Thanks to the constant process of saddlery, the Krka River, as a karst phenomenon, is an invaluable gift of nature to man. In addition to the amazing nature, tourists can see the old mills and other attractions of our cultural heritage. 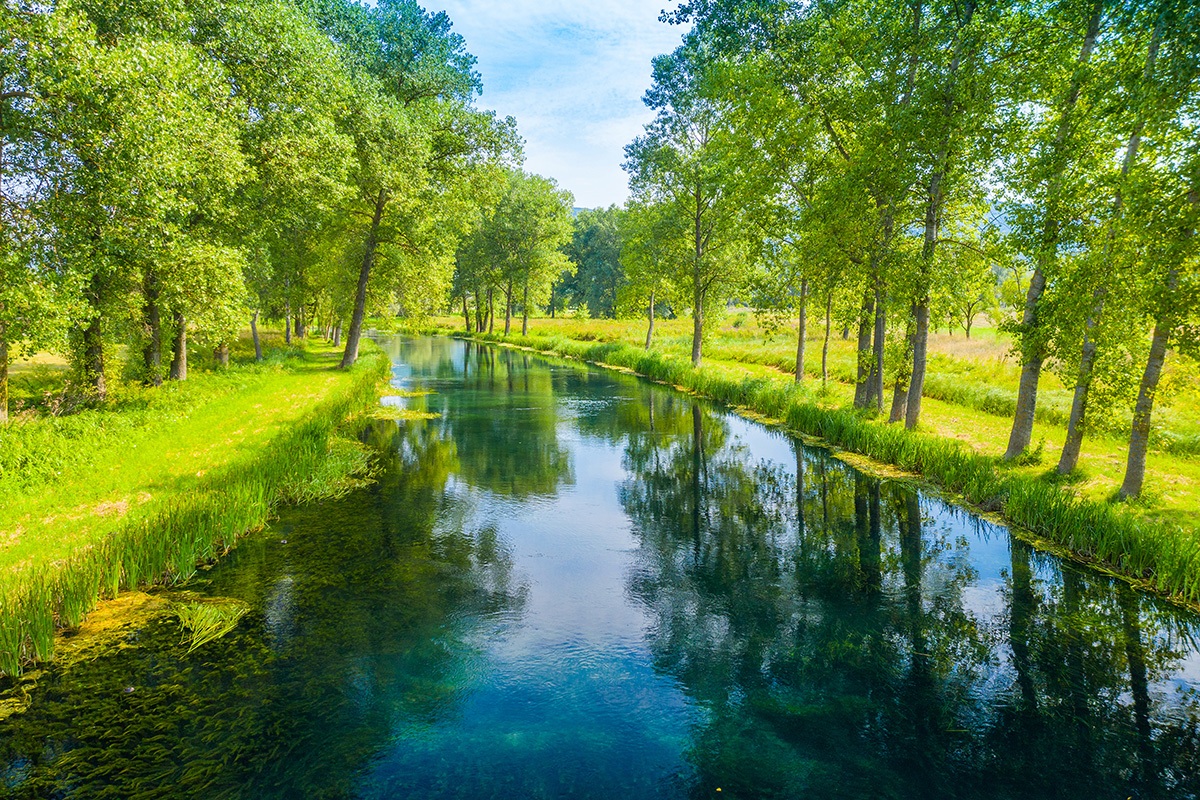 The Gacka River is the third-longest sinkhole river in the world and is considered the second cleanest river in Europe. There are over thirty fairytale springs. Due to its picturesque landscape, it has been declared a natural monument. The Gacka River offers at the same time opportunities for active, quiet, and healthy vacations in nature. With clean mountain air, walking, hunting, and fishing for indigenous brown trout. Gacka is a valuable ethnographic locality where the abundance of true values ​​- beauty, water, landscape, tradition, authenticity, and of course gastronomy – unites in harmony. 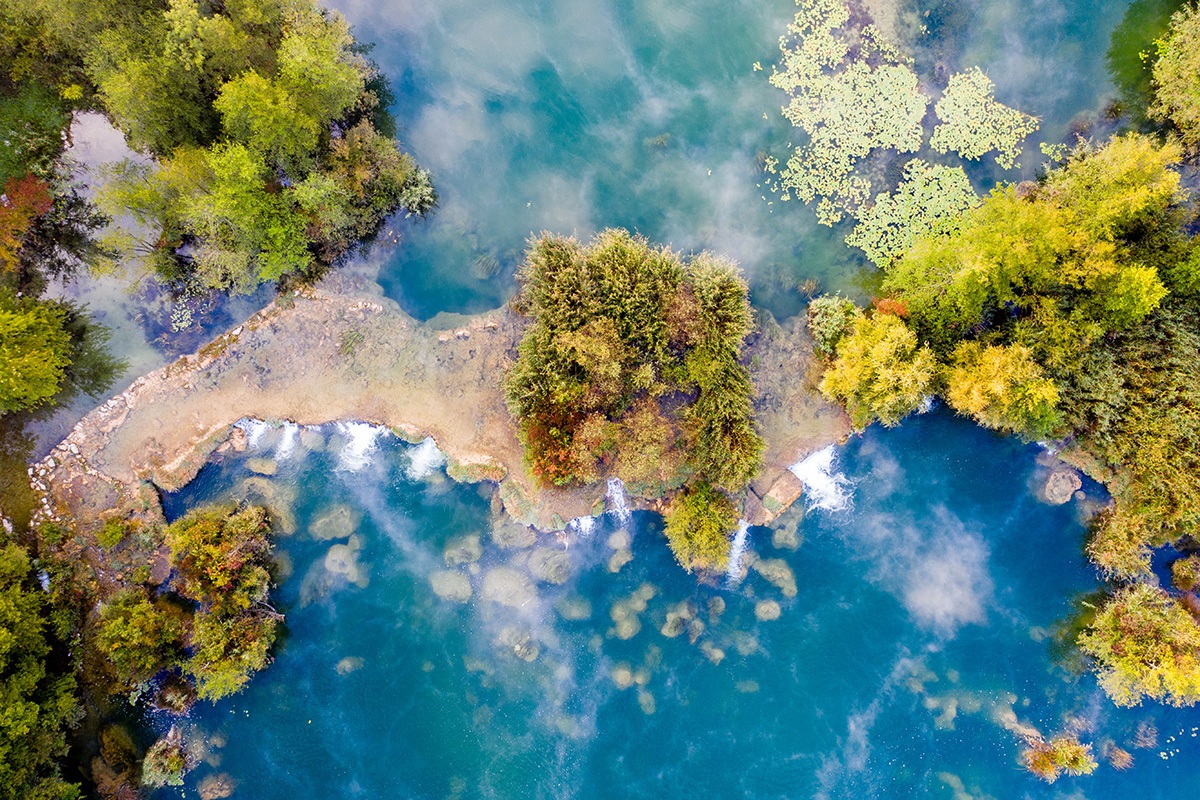 Mrežnica River is one of the most visited tourist attractions in the Croatian heartland. The reason for this is its almost supernatural beauty, exceptional purity and clarity, and the richness of the animal and plant world that inhabits it. It springs near Slunj and flows into the river Korana near Karlovac. It is 64 kilometers long and is decorated with 93 travertine barriers and dozens of waterfalls. Its shores have been inhabited since ancient prehistoric times, and the ancient Romans, Illyrians, and the first Croats left behind numerous archaeological finds. 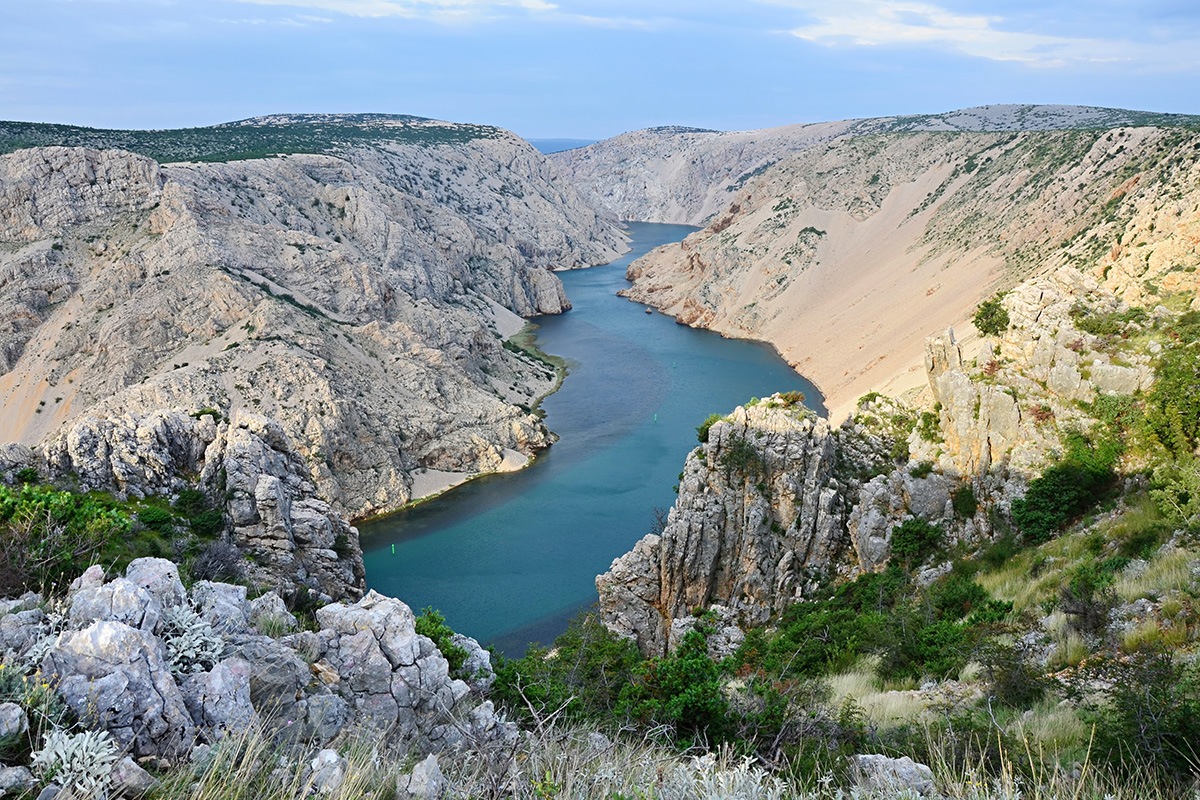 Zrmanja is one of the wildest rivers in Croatia. It flows in rugged karst, through several canyons and karst fields, and flows into the sea over a long estuary. Along the way, it creates amazing waterfalls, ideal for rafting and canoeing. This karst beauty, almost seventy kilometers long, furrows through limestone rocks through as many as six canyons. Full of contrast and pristine beauty with an abundance of flora and fauna, on its way to the Adriatic Sea, Zrmanja will enchant you like no other. Adventurers adore the river for rafting, and when it calms down, it enchants with its exceptional beauty. 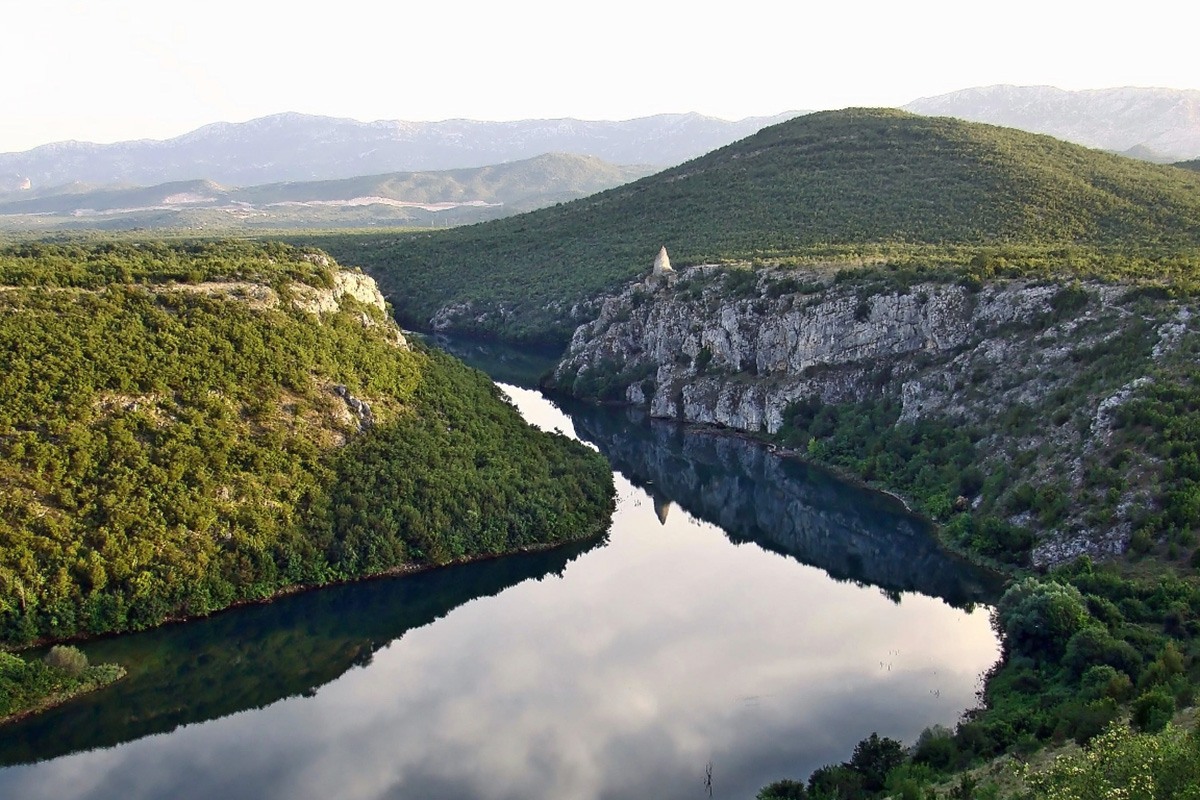 The last karst beauty springs on the slopes of the Dinara and flows into the sea 104 kilometers away in Omiš. The area of ​​the Cetina basin is about 4.1 thousand square kilometers, of which only a little more than a third is in Croatia. The entire watercourse of the river is located in Croatia, which makes this river interesting because most of its catchment area is located in Bosnia and Hercegovina. On this river, there are two large accumulation lakes, Buško Blato and Perućko Lake. And downstream from Peruća, there are numerous karst springs. 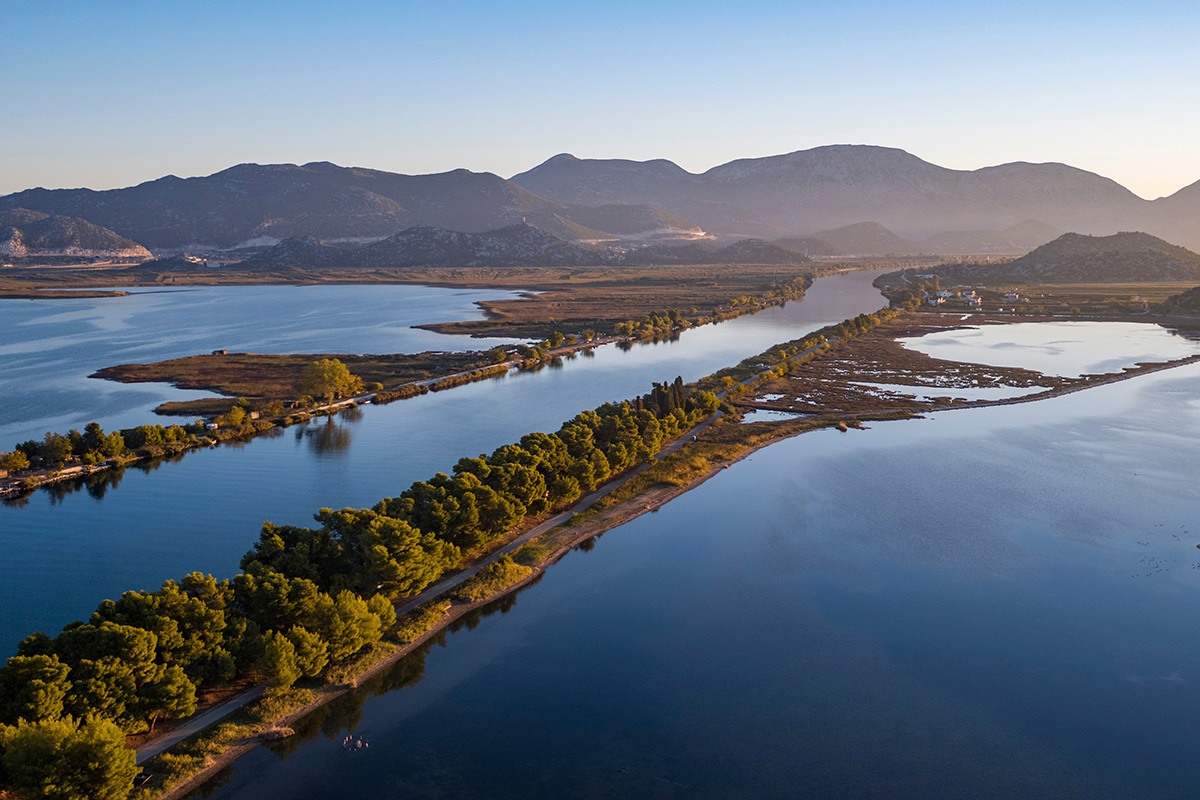 The Neretva is a cross-border river, and out of 215 kilometers of its watercourses, only 22 are in the Republic of Croatia. The mouth of the Neretva is located in southern Dalmatia near Ploče and has the shape of a delta. Metković is the first Neretva station in Croatia. This town developed along the entire length of the river and with its 15,000 inhabitants is the center of the Neretva Valley. The Neretva is our only real delta in Croatia. It is a significant wetland area in the Mediterranean and the agricultural and traffic center of Dalmatia. 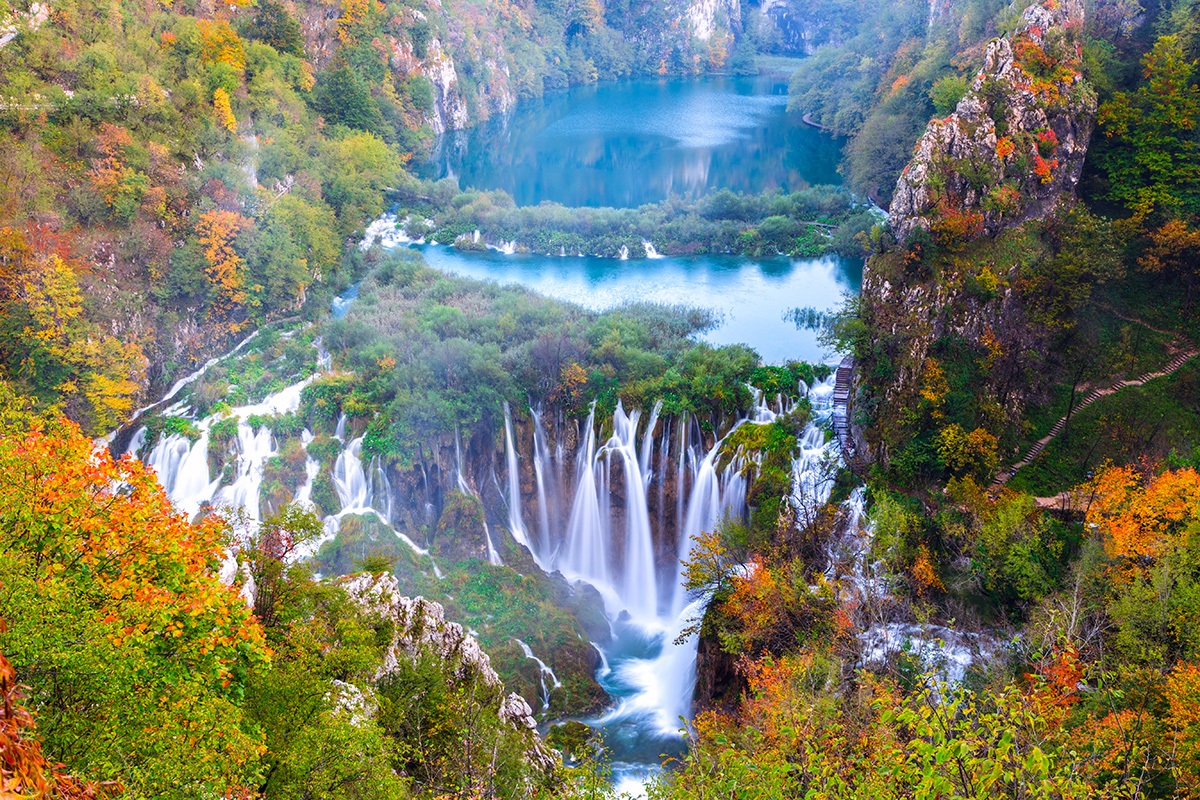 The Plitvica River is located in the northwestern part of the Plitvice Lakes National Park. It is about 4 kilometers long and begins with a strong karst spring, the source of Plitvice. After approximately 900 meters of flow, the Sartuk watercourse flows into the Plitvice River on the left. At the end of its course, the Plitvica River collapses down a 78 meter high limestone cliff, forming the largest waterfall in the Republic of Croatia – The Great Waterfall. The beauty of the Plitvica River is imperishable and that is why those who see it only once love it. Untouched nature provides special pleasure. 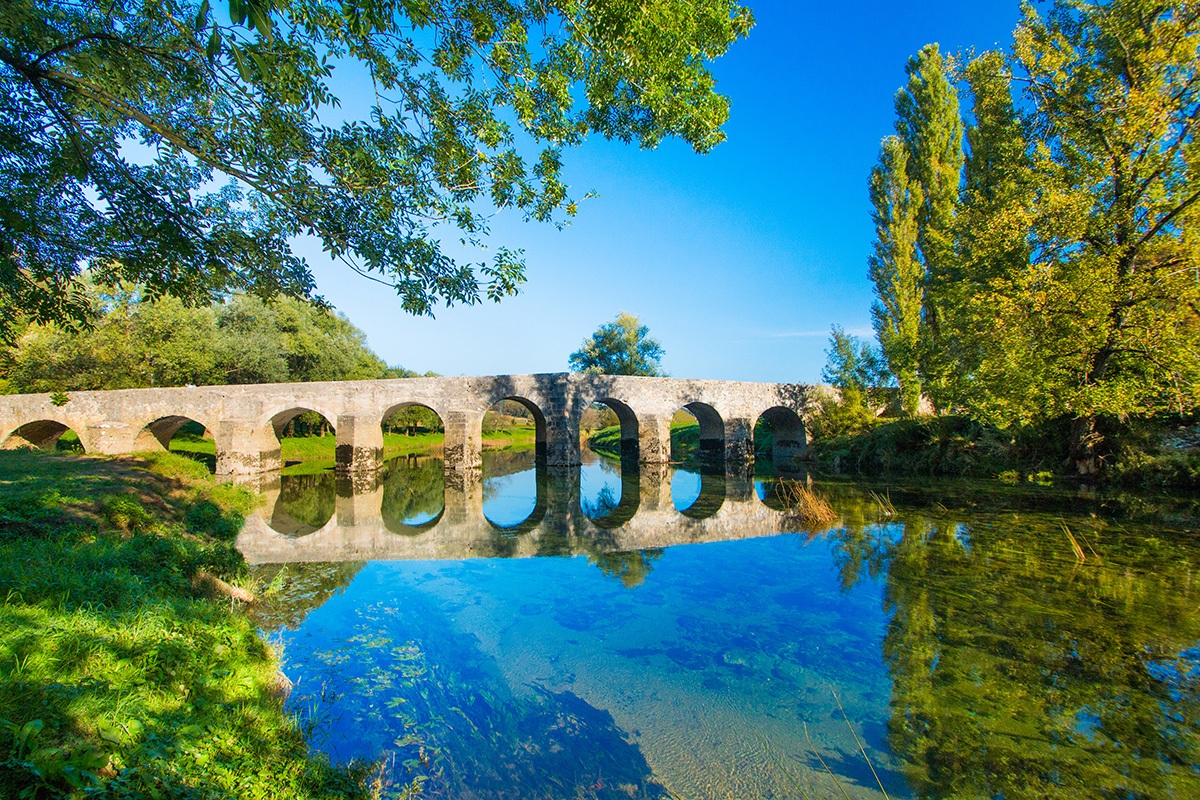 It flows through the Vrbovsko area for 22 kilometers. Dobra is a river with a distinct attraction, the beauty of the landscape, the diversity of the banks and riverbeds, the purity and clarity of the water. The Dobra River has another rarity – two mills are still in use today, which grind various cereals with their old millstone wheels. The property with underground and above-ground flows is unpredictable and fast. And aided by thousands of liters of leaking water from the Gojak hydroelectric power plant, it bears the title of the birthplace of rafting in Croatia. 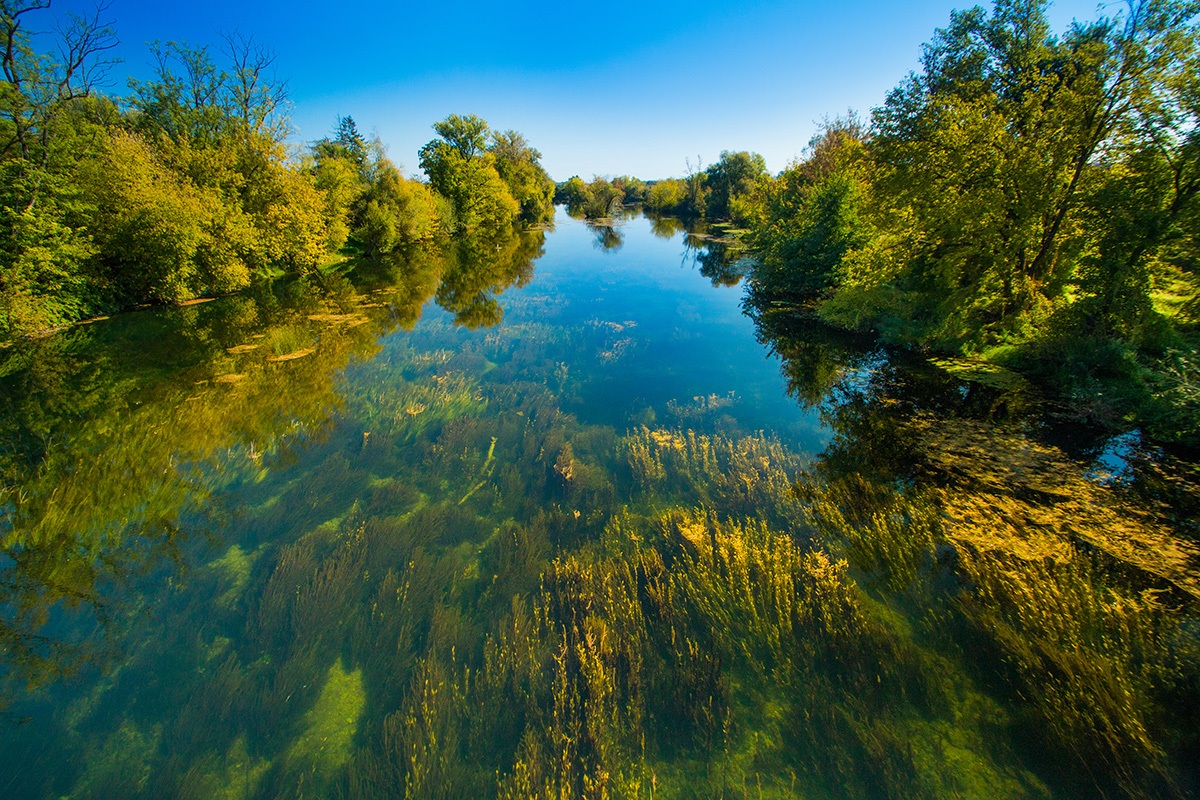 During rainy periods, the typical karst Korana River turns into a swollen river that shows its strength in numerous waterfalls along its course. In summer it is calmer and flows over beautiful cascades. Korana is a river that springs in the oldest and most famous Croatian National Park – Plitvice Lakes. It is said that this river decided to choose only the best for its source. Namely, it springs in the most popular part of the park, Veliki slap is the source of the Korana. It is a typical karst river whose course is as long as 134 kilometers, all the way to the mouth of the Kupa River. 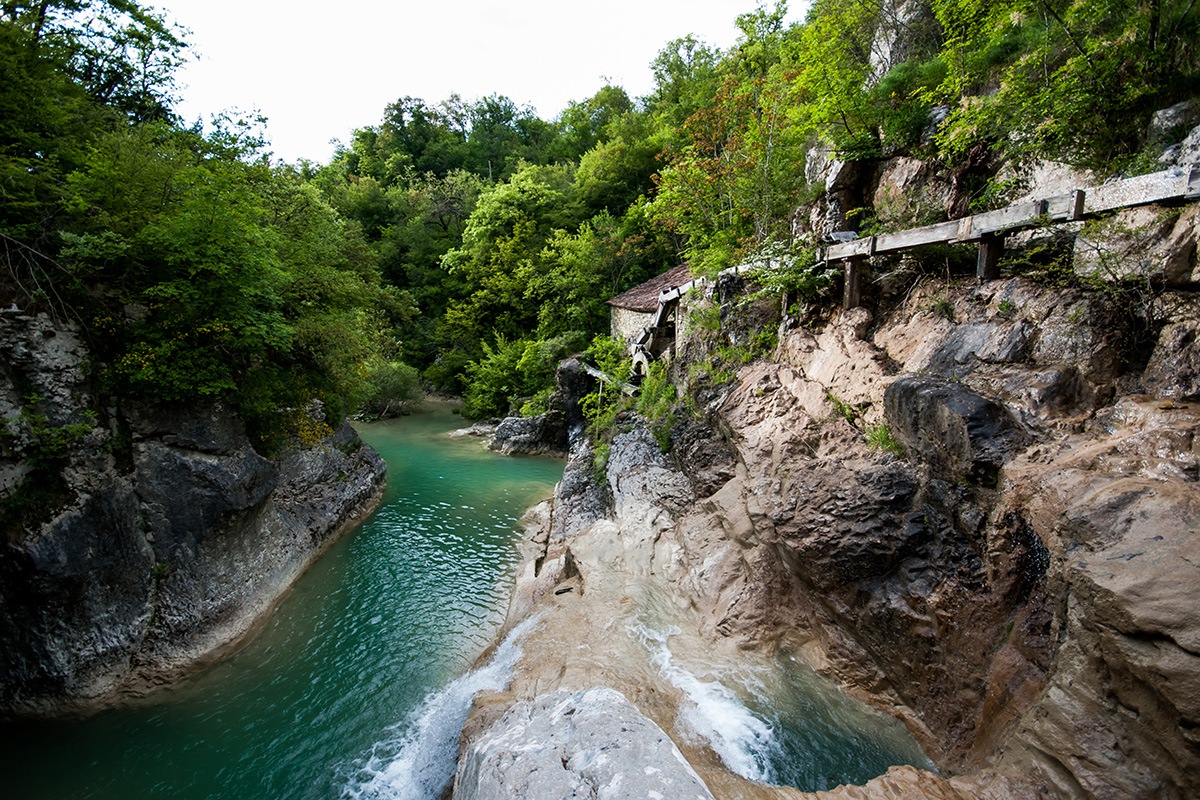 With its 53 kilometers of flow, the Mirna is the longest Istrian river. In the upper course, it hides many charms, and in the lower, it is regulated. Hum – the smallest town in the world is located on its coast. Mirna springs in the Kotli Valley and passes through the Buzet valley and the Motovun forest, where the most famous Croatian truffle site is located. The mouth of the Mirna is a very important location for keeping birds in aquatic habitats. And the fish that most often live in the Mirna River are trout and eels. 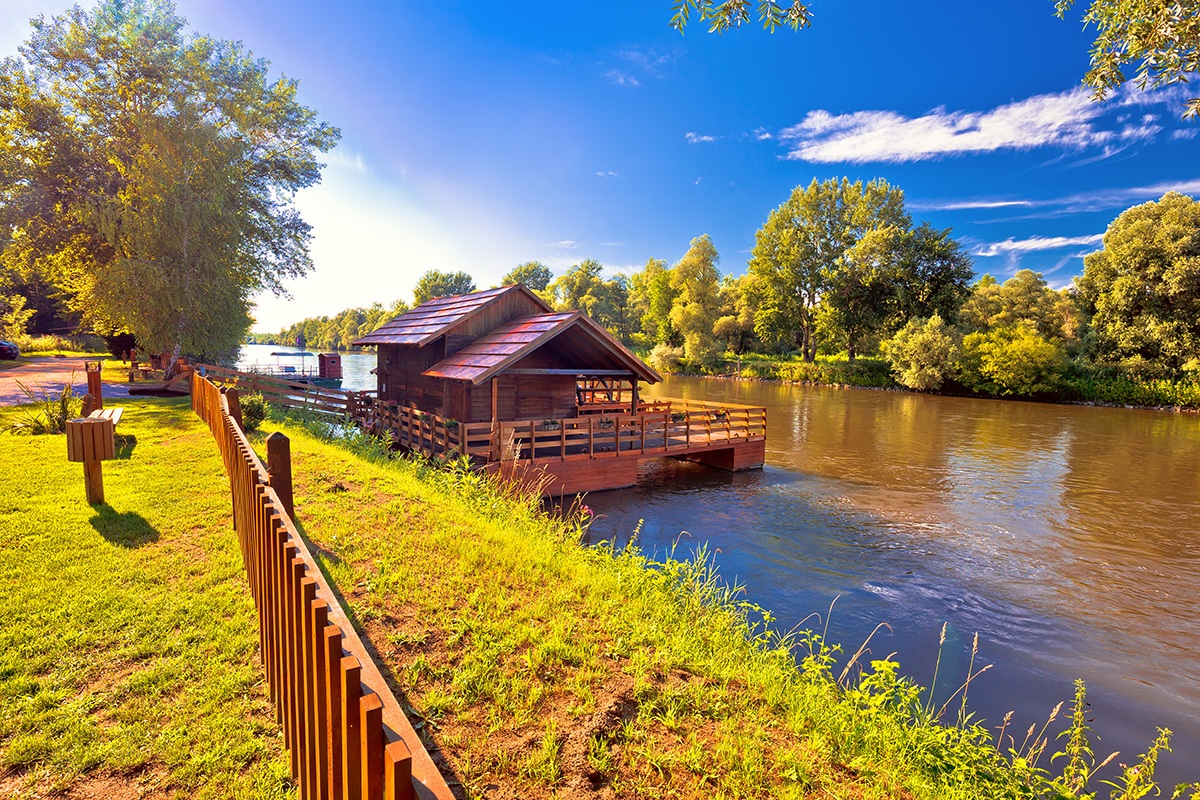 Mura is born in Austria at the foot of the rock below the Hohe Tauern at 1898 meters above sea level in the national park of the same name. The Mura in Austria flows with its longest section of 295 kilometers. At first, it murmurs like a clear mountain rapids, but it loses some of its fall and speed and expands. Then it flows through Slovenia, where near Murska Sobota it creates a beautiful landscape and a wider floodplain with gravel banks. When it reaches the Croatian border, it has already covered 410 kilometers. The Mura is one of the last significantly preserved lowland rivers, especially in its lower course.

Want to visit these rivers in Croatia? You can find accommodation on Visitteo. Compare prices of hotels, apartments, rooms, studios, villas, and many other types of accommodation.