The fortress protects and gives the soldiers a safe harbor from the enemy. But not all fortresses are created equal. And certainly, not all are created in the same way, that’s where the beauty lies. Fortress in Croatia is a common occurrence. Croatia is simply teeming with beautiful medieval forts and fortresses on whose stone their rich history is inscribed. They once protected the city center of Croatian cities throughout history from numerous attacks that threatened. Today, with their magnificent contours and the view that extends from them, they are becoming an exceptional tourist attraction and cultural treasure. 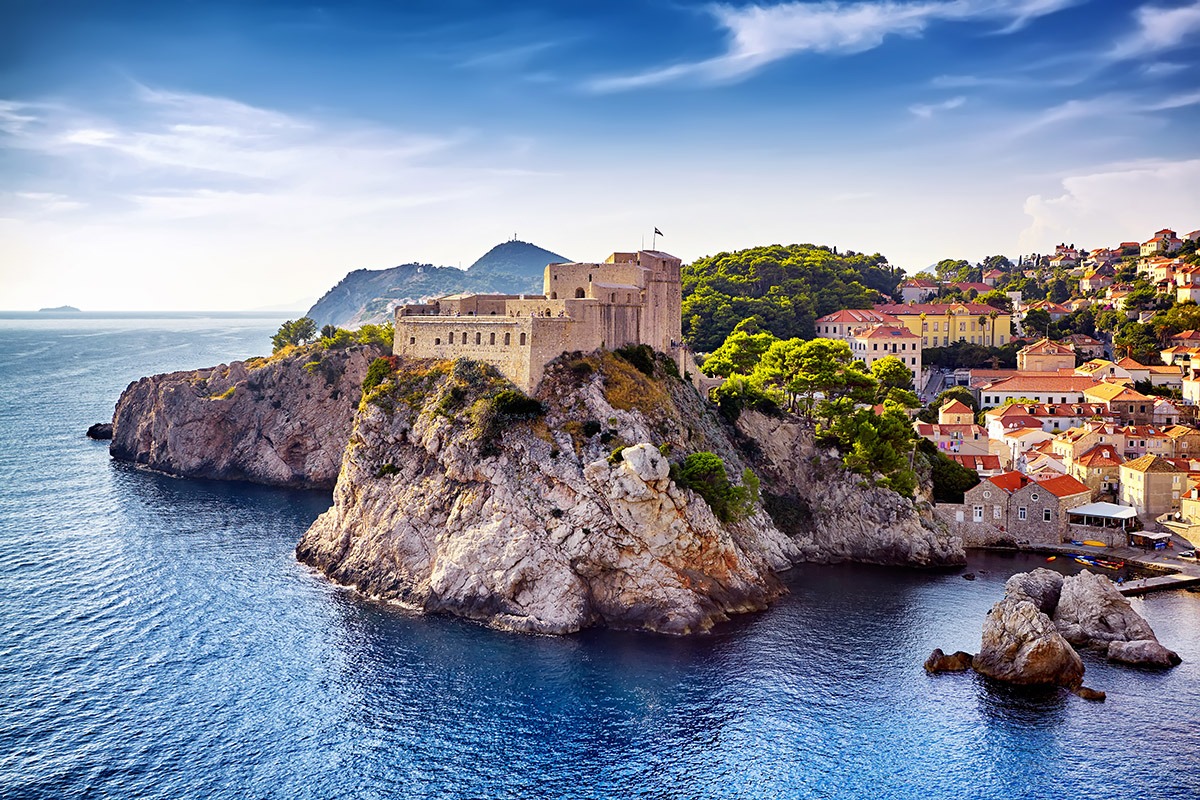 Lovrijenac Fortress is a monumental and impressive fortress in Croatia. The fortress is outside the city walls of Dubrovnik that dominates the sea landscape. It presents one of the most beautiful fortresses in Croatia. Today’s appearance was given to it by Juraj Dalmatinac in the 15th century, in just three months. Because the people of Dubrovnik heard that the Venetians wanted to build their fortress on the rock and thus control Dubrovnik. Lovrijenac inflicted a lot of trouble on all those who tried to endanger the freedom of the Republic, especially the Venetians. The fortress is all shrouded in legends, both about its origin and about the heroic deeds of its guards and defenders. 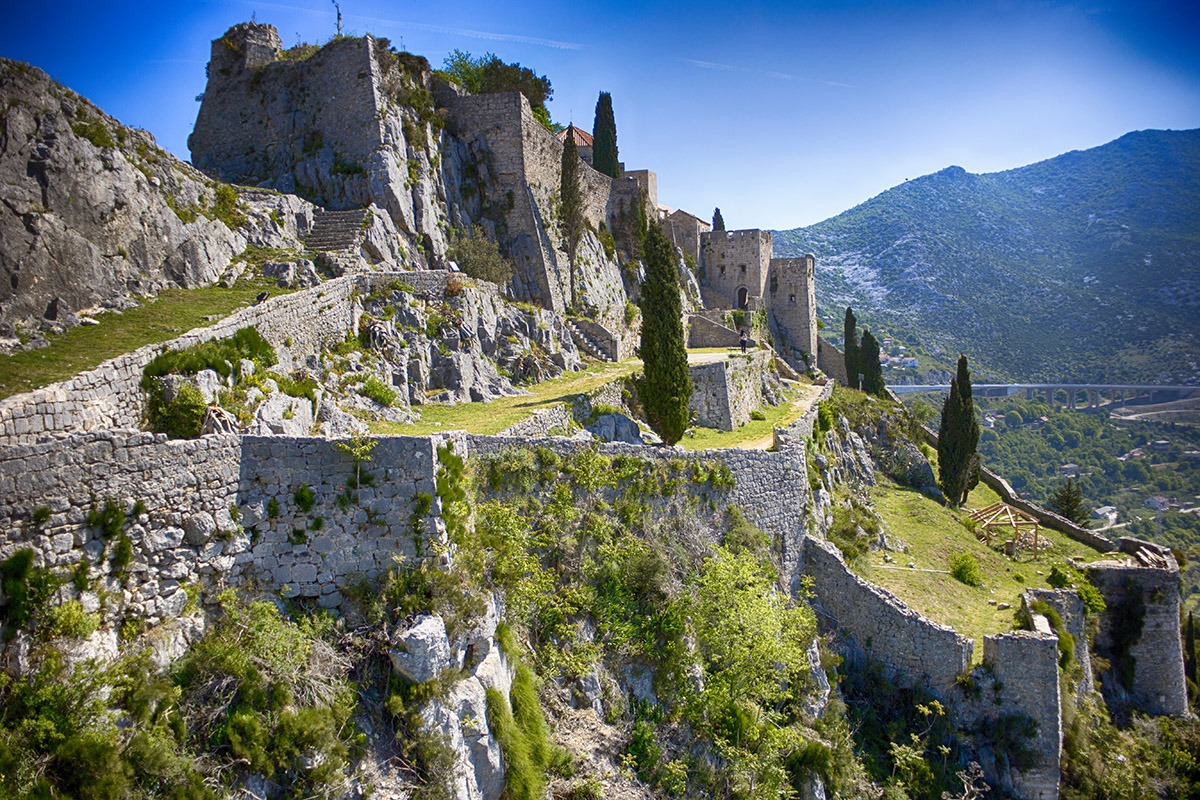 Due to its strategic position between two mountains, more precisely Kozjak and Mosor. The fortress played an important role in the defense of the whole of Dalmatia. Especially when it comes to the Ottomans and their invasions. Klis Fortress is one of the most complete examples of fortification architecture in Croatia. The fortress is one of the most prominent fortresses in Croatia and was first mentioned in the 5th century. Klis mostly deserves its fame from the time of the Turkish wars. When the captain of the fort, Petar Kružić, with his Uskoks, resisted the attempts of Turkish conquest for decades. Until 1537 it fell into Turkish hands. 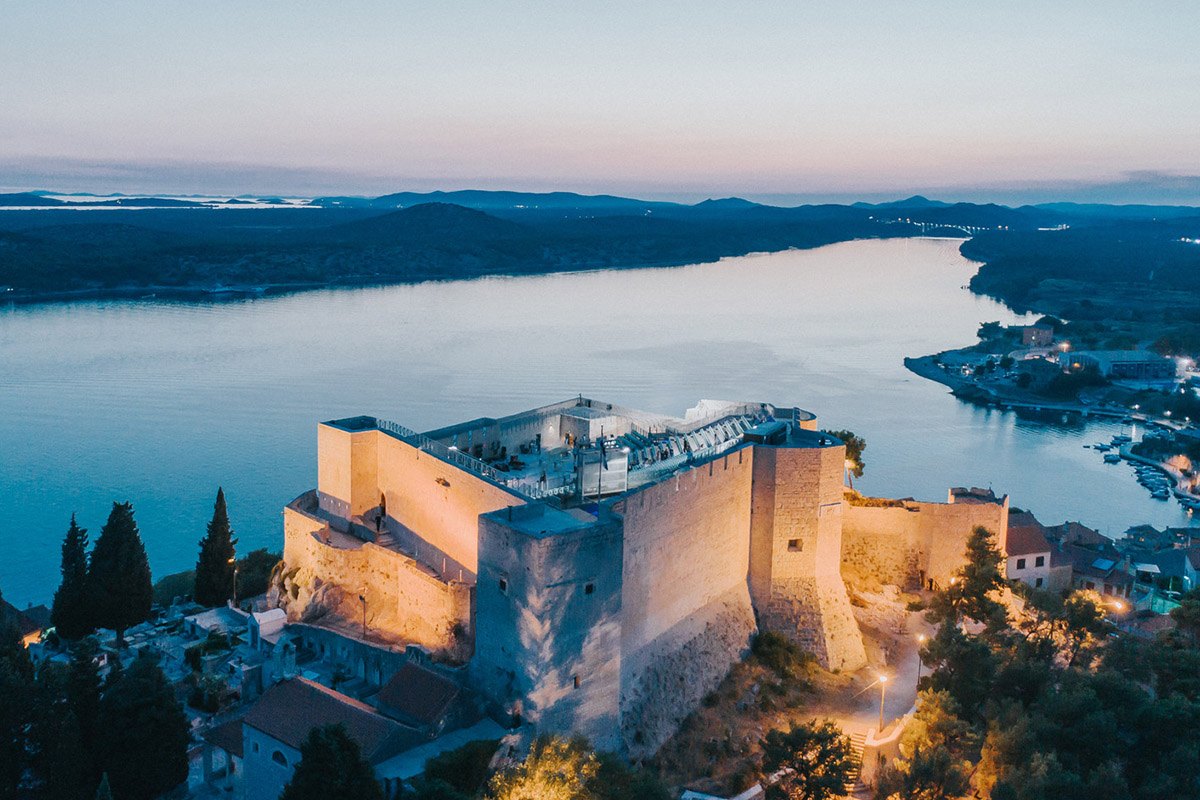 An unavoidable stop of every visit to Šibenik is certainly the fortress of St. Michael as the oldest of the four Šibenik fortresses. It used to be a guarantee of the safety of Šibenik, the oldest autochthonous Croatian city on the Dalmatian coast. And today it is one of its most important cultural and historical monuments. The fortress is located in a favorable position at the foot of which the medieval Šibenik developed. The fortress often changed owners. For a long time it was the Croatian nobles, then the Croatian-Hungarian kings, and then Byzantium and Venice. At the beginning of the 15th century, the fortress came into the possession of Venice. And so it was until the end of the 18th century. 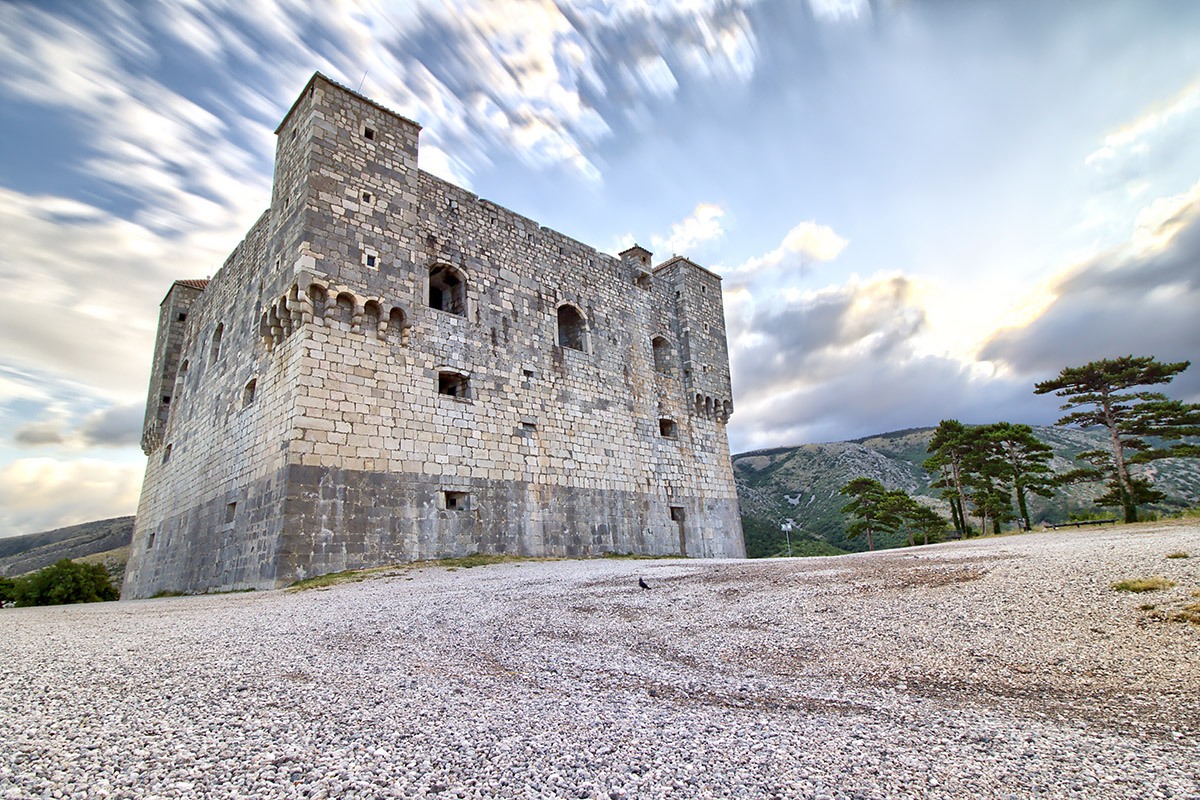 Nehaj Fortress, a symbol of the city of Senj, was built in 1558 under the supervision of Captain and General of the Croatian Military Border Ivan Lenković and Captain Herbart VIII. It was built from the materials of ruined churches, monasteries, and houses originally located outside the city walls. The fortress is 18 m high and 23 m wide. It was entered by stairs over a wooden bridge through a narrow double door. There are about a hundred loopholes and eleven large cannon openings in the walls. At one time it served as a fortress for the Uskoks for the place of defense of the city of Senj. 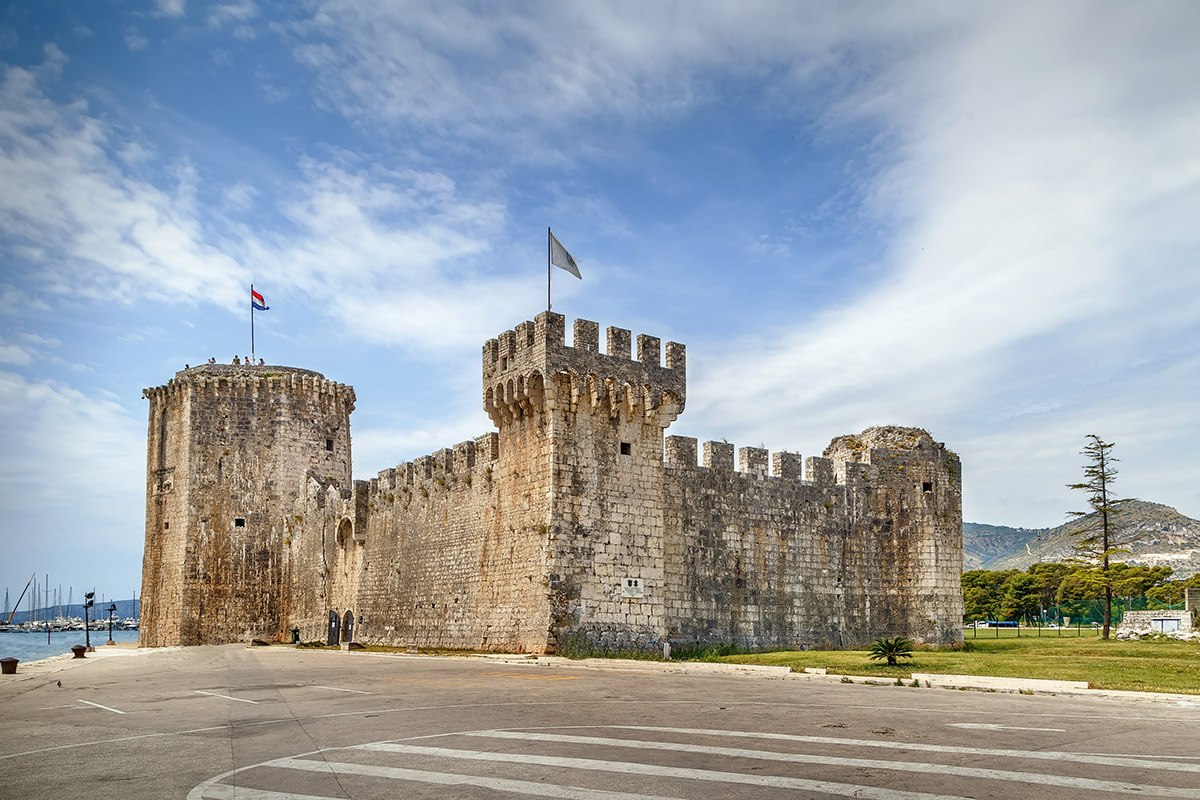 Kamerlengo Fortress is located in the western part of the Trogir peninsula. Built by Venice in the 15th century immediately after the establishment of Venetian rule. It served as a military base for their soldiers in this part of the Adriatic. It was named after the city’s Master of Camerarius. In 1378, a naval battle took place in front of the tower between Venice and Genoa. The polygonal, largest tower within the fortress was probably built earlier. Nowadays, the fortress has become a multimedia center with an open-air cinema and a stage for various cultural events.

Above the northern, old part of the town of Hvar, on a hill about a hundred meters high, rises a magnificent town fortress. Hvar’s Venetian fortress – Fortica or Španjola. The fortress is the highlight of every visit to the town of Hvar. The ascent to the fort is gentle and pleasant, and the view from the top is magnificent. Although its appearance was mainly shaped in the 16th century, that golden century of Hvar architecture. Fortica is a much more ancient and layered cultural and historical monument. Today, however, the fortress is a symbol of an extremely important and turbulent history of Hvar. 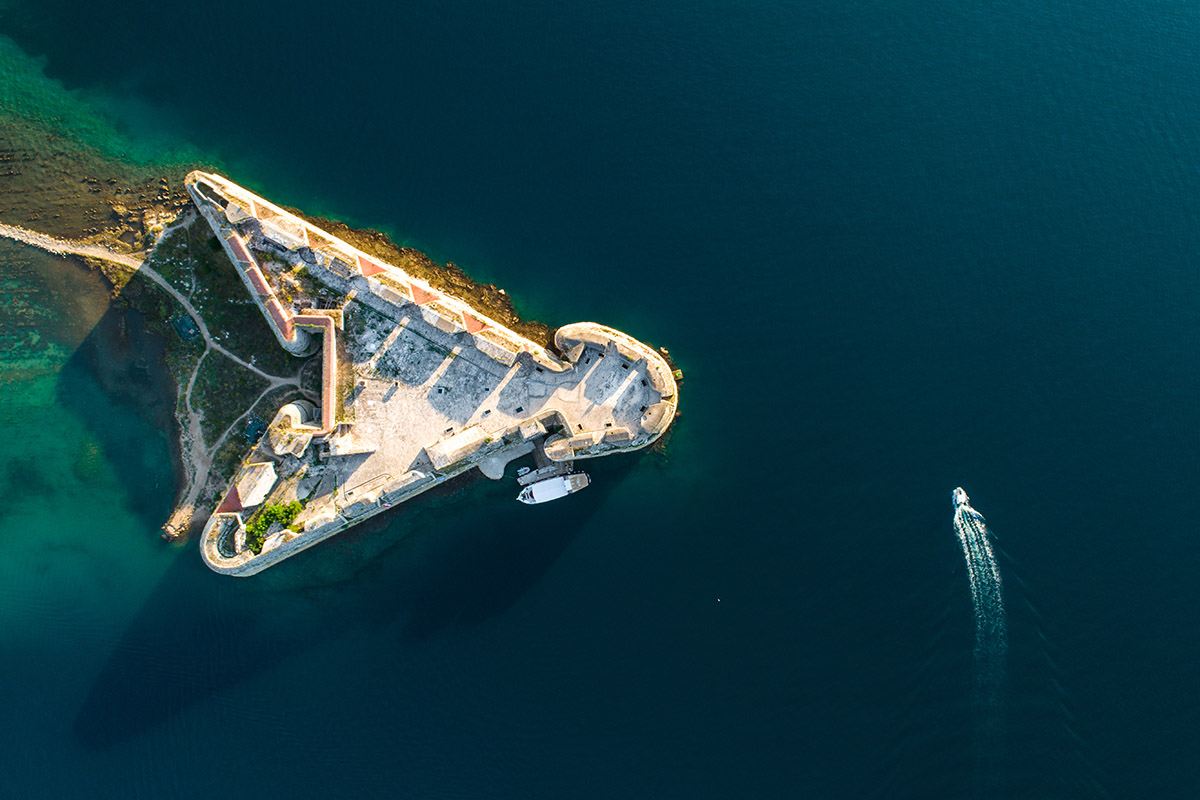 The fortress of St. Nicholas at the entrance to the Channel of St. Ante in Šibenik is a unique Renaissance building of Venetian fortification construction. Fortress of St. Nicholas is a unique monument of world architectural heritage that was inscribed on the UNESCO World Heritage List in 2017 as part of the nomination “Defense Systems of the Republic of Venice of the 16th and 17th centuries”. The construction of the fortress according to the project of the Venetian architect Gian Girolamo Sanmicheli began in 1540 after the fall of the city of Skradin under Ottoman rule. When the Venetians had to strengthen the defenses of Šibenik, one of the most important strategic ports on the eastern Adriatic coast. Today, it’s one of the most unique of all fortresses in Croatia. 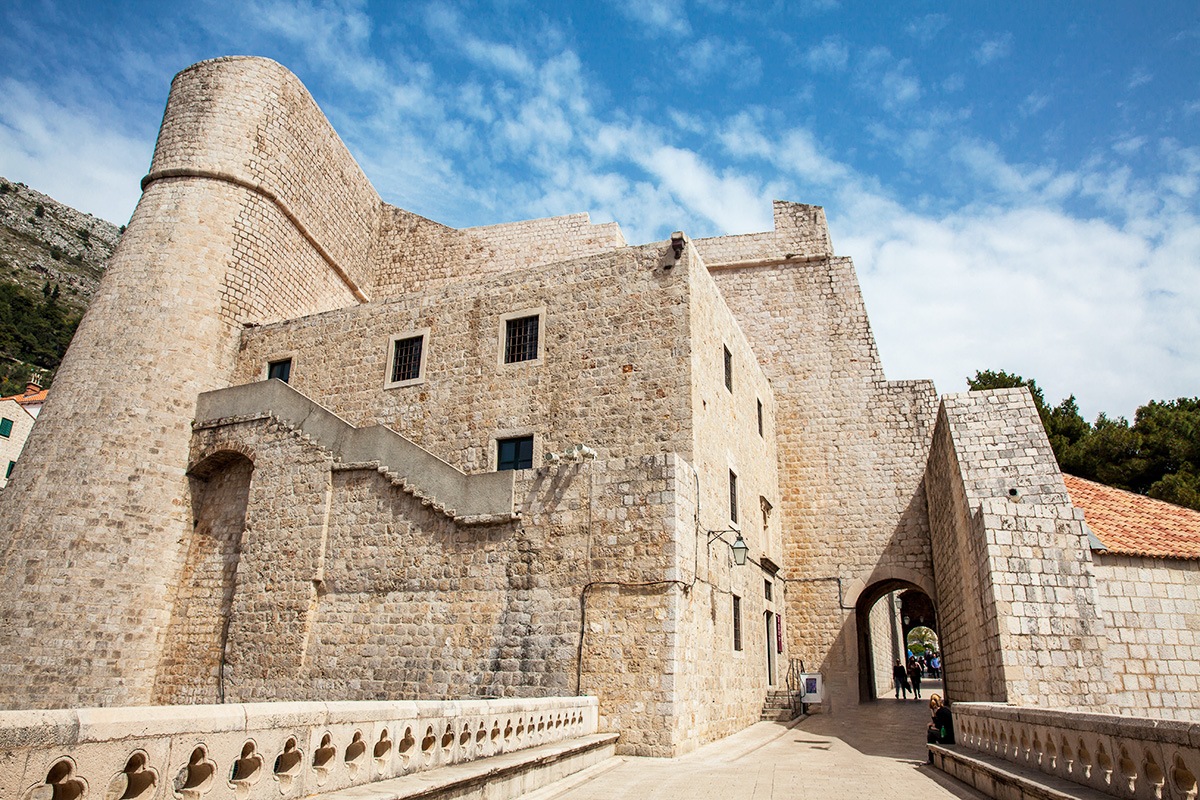 The Republic of Dubrovnik built the Revelin Fortress to better fortify the city from the threat of the Venetians. The fortress defended the eastern part of the city from the mainland, as well as the entrance to the city port. Revelin is the most massive Dubrovnik fortress. Built of very thick walls that were not destroyed by earthquakes or wars. The famous Renaissance foundryman Ivan Rabljanin had a furnace for casting cannons and bells in the spacious interior of the fortress. In 1538 the fort was converted into a spacious and strong fortress in the shape of an irregular quadrangle according to the instructions of the engineer Antonio Ferramolin of Bergamo. 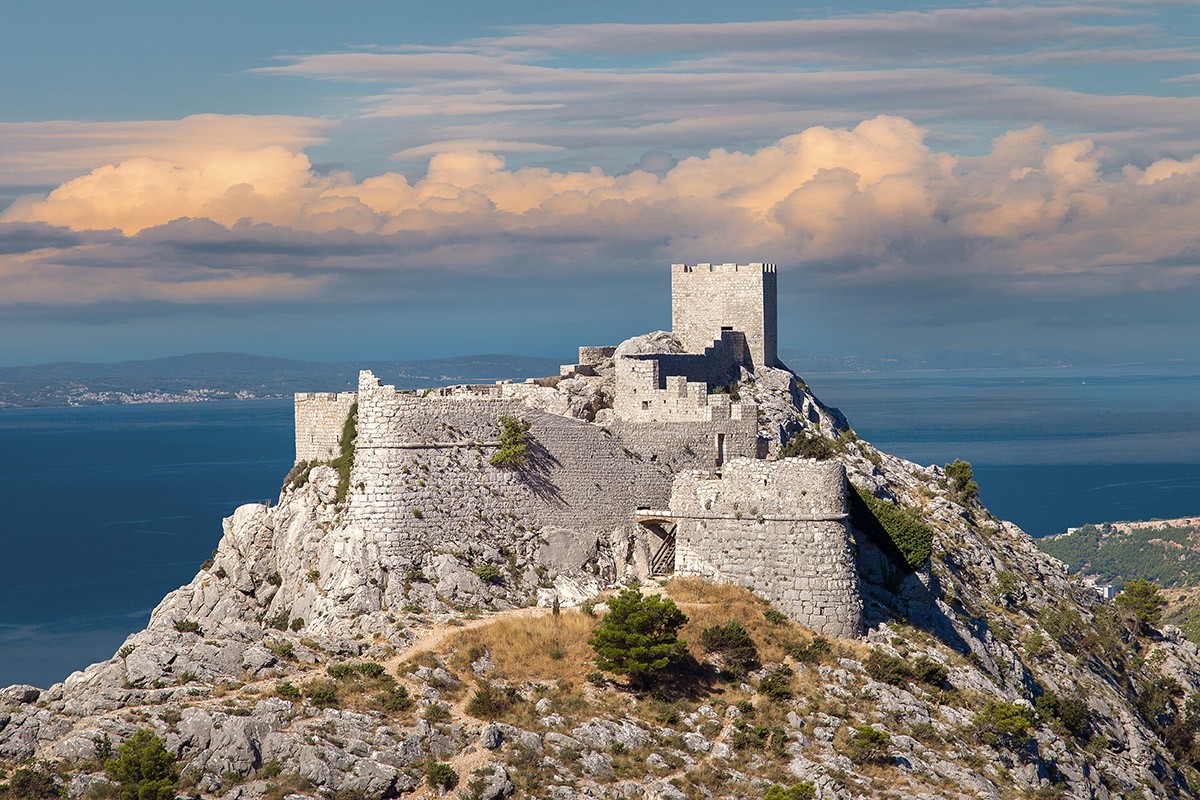 Fortress Fortica or Starigrad is strategically located above the city. It was built in the 15th century primarily as a shelter and for defense against the Turks. Although a small Omiš fortress, it’s one of the most impressive fortifications on the Adriatic coast. It is located on the cliffs high above the Cetina canyon and the town itself on the extreme western branch of the Omiš Dinara. The fort was built probably on the site of a prehistoric hillfort and an ancient fortress. The reward for climbing to Fortica is an amazing view that you will remember for days.

During the battles with the Ottomans, to stop the Turkish penetration. At the confluence of the river Kupa and Sava, the construction of the Sisak fortress began. Construction began in 1544, and in 1550 it was fit for basic use. It is located near the mouth of the river Kupa into the Sava, so it is partially naturally protected by water. The fortress was besieged three times by the Ottoman military leader Hasan Pasha Predojević. Only to suffer a final defeat in 1593, in a decisive battle for the defense of Sisak and the entire Croatian kingdom. Today, this fortress in Croatia is a museum of the city of Sisak. 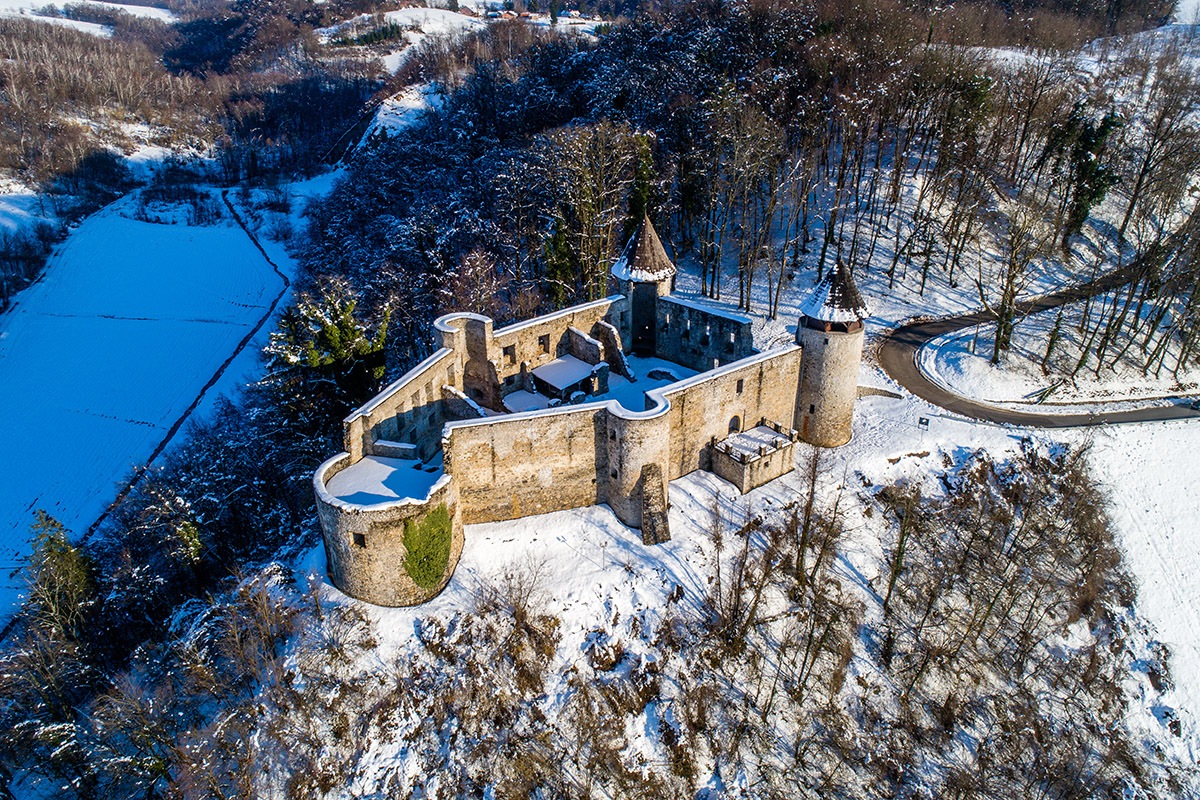 In the immediate vicinity of the old stone bridge, on the right bank of the river Dobra, rise the ruins of the Frankopan town of Novigrad. Although, according to some historical sources, the Novigrad area is mentioned as early as the 11th century. The time of the origin of the old town is not known with certainty. The origin is most often attributed to the time around the 14th century when it came into the possession of the Frankopans. Since World War II, the fortress has been systematically decaying. Valuable stone material has been removed, and the city has been overgrown with weeds, thus losing its dominant position in space. 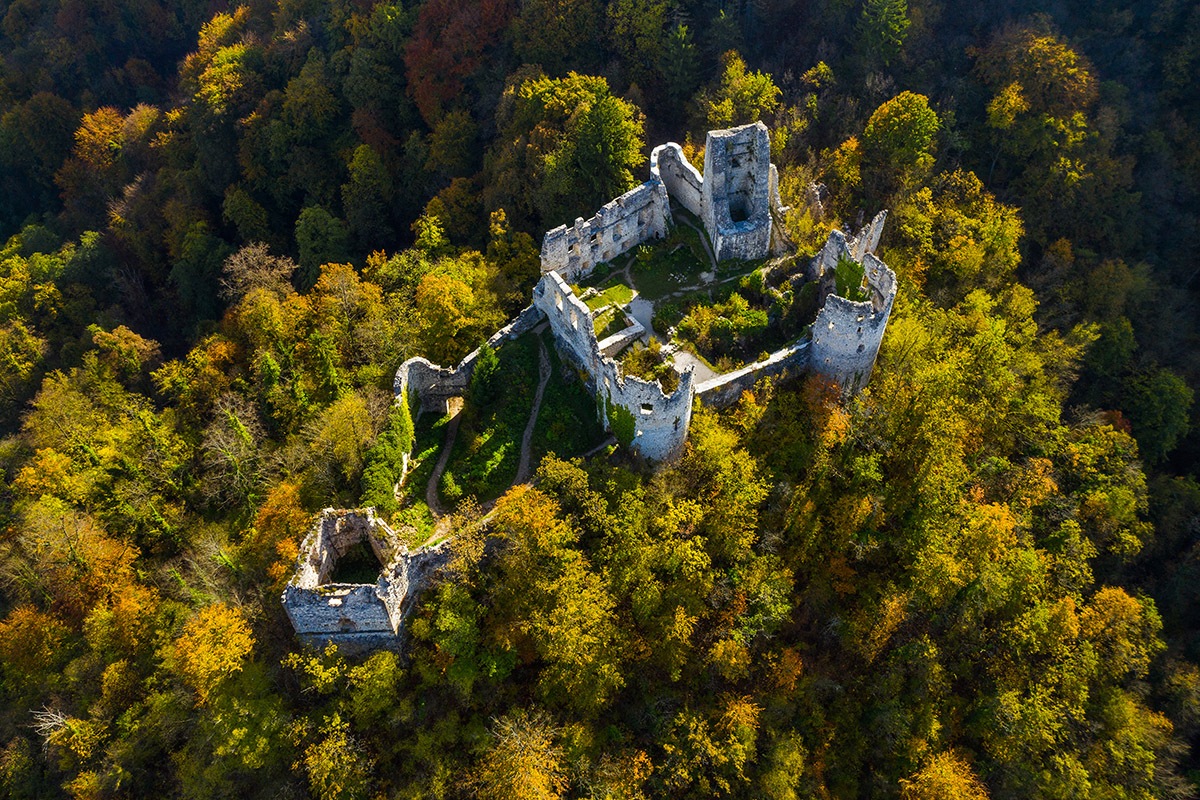 The old town of Samobor is located above the medieval market town of Samobor. From the hill Tepec, the view extends far to all four corners of the world. Which has served excellently for defensive purposes. It is known that the construction of the fort began during the second half of the 13th century by Czech King Otokar II. To protect its newly conquered areas, to which Samobor also belonged. The fortress is undergoing numerous upgrades and changing numerous owners of royal and noble families. Until the beginning of the 20th century, when it was finally bought by the Samobor municipality from its last owners.

Want to visit one of the fortresses in Croatia? You can find accommodation on Visitteo. Compare prices of hotels, apartments, rooms, studios, villas, and many other types of accommodation.