Due to the vast territory, it encompassed and the incredible number of years it endured, the Roman Empire left behind a host of impressive ruins. While their heyday has long gone, these now act as important historical landmarks and popular tourist attractions. Roman ruins of Salona are located near the town of Solin, few kilometers away from Split. It is a fascinating archeological gem and a great place to visit for all those who admire the history of the Roman Empire.

In the shadow of Solin lies the ancient Salona. ​​Once the capital of the Roman province of Dalmatia and the largest archaeological park in Croatia. Its size is evidenced by the imposing walls with towers and gates. The forum with temples, the amphitheater, and the cemetery with the Salonitan martyrs. A city with over 60,000 inhabitants and according to legend the birthplace of Emperor Diocletian. Wandering through this empire of ruins is an evocative journey into the age of emperors, gladiators and Christian martyrs. Although many ancient treasures in Salona are now on display in the Archaeological Museum in Split, there is a surprising amount on site. Numerous sarcophagi are scattered throughout the area known as the Monasteries. 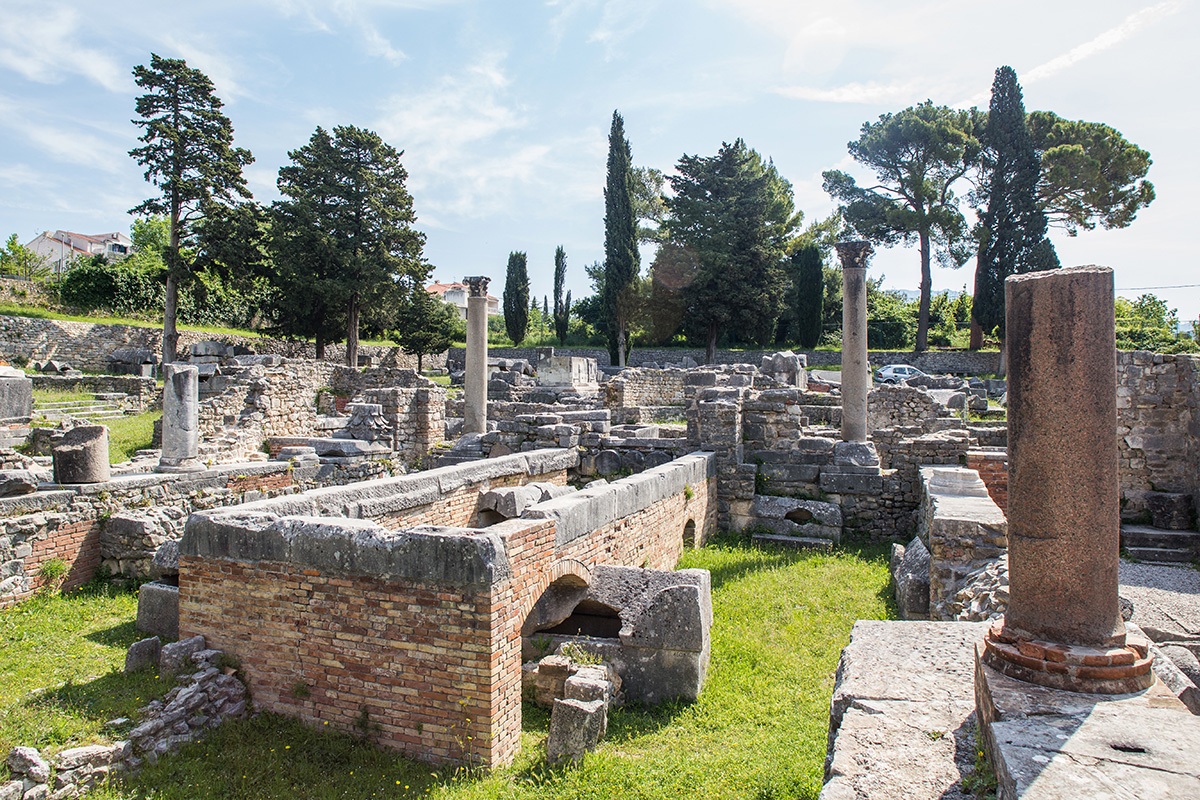 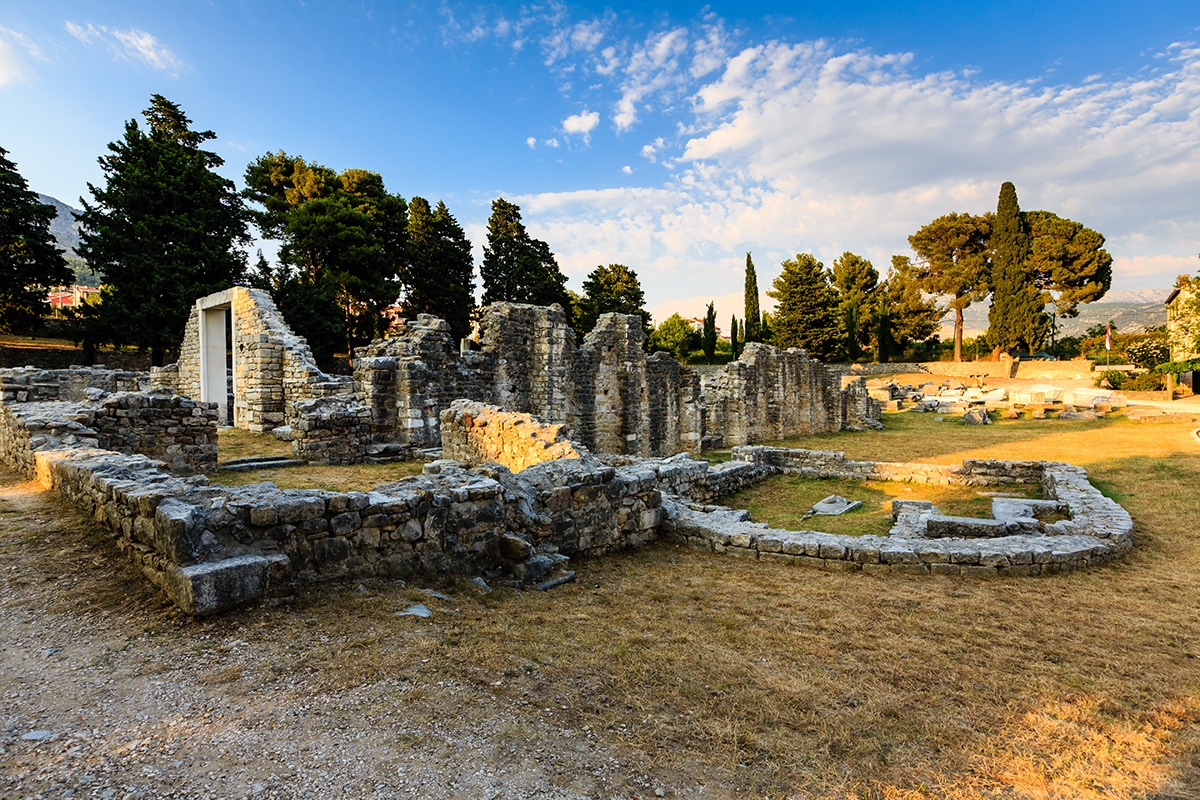 Salona is first mentioned as an Illyrian city in 119 BC and the city have walls by then. The Romans took this place in 78 BC, and under Augustus’s rule. It became the administrative seat of the Dalmatian province of the empire. When the emperor Diocletian built his palace in Split at the end of the 3rd century AD, he was attracted by the proximity of Salona. This great history all broke down in the 7th century when the city was razed by the invading Avars and then the Slavs. The inhabitants fled to take refuge within Diocletian’s old palace walls and to the neighboring islands, leaving Salona to perish. 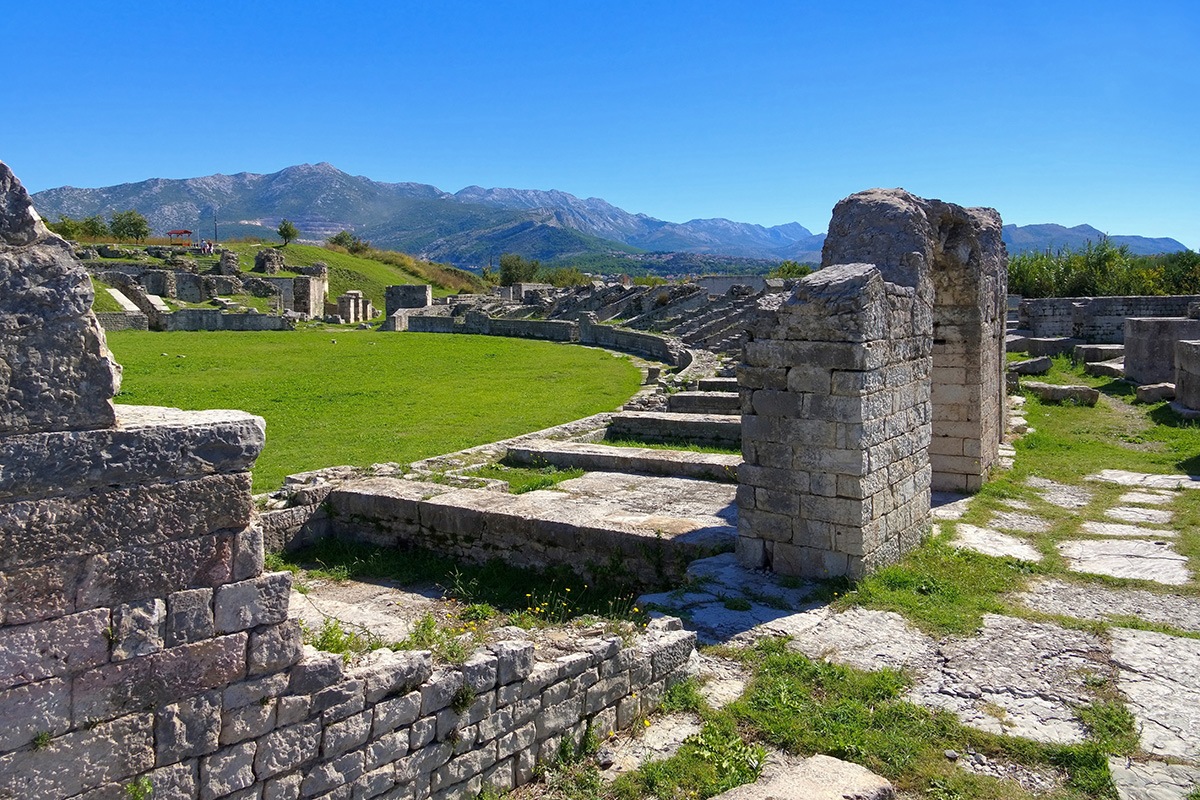 The ruins of Salona

The extraordinary Roman ruins of Salona are located directly in front of Solin, a sleepy suburb only 5 km northeast of Split. Now as part of an archeological park, the ruins of Salona are vast. Testifying the importance of this colony under Roman rule. The ruins of the ancient city of Salona, ​​located at the foot of the mountains northeast of Split, are the most archaeologically important in Croatia. Further ruins can be found among the vineyards and orchards to the left of the trail. Including the scanty remains of the Forum, the theater, and the Temple of Dionysus. Just behind this complex, a little to the right, is the monumental 1st-century eastern city gate, Porta Caesarea, which later engulfed the city expanding eastward.

This is the burial place of Christian martyrs before the decriminalization of Christianity. And includes significant remains of an early basilica. From Tusculum, a road bordered by cypresses leads south to the north city wall. From here you can get an overview of the foundations of the buildings that make up the Episcopal Center. Including a 5th-century three-aisled cathedral with an octagonal baptistery and the remains of Bishop Honoriu’s basilica, with a Greek cross-shaped floor plan. The main road leading to the amphitheater follows the line of the ancient wall. To the right of the trail, there is another early Christian cemetery. On which were once buried the remains of some of those killed in the amphitheater. Along with the ruins of the Basilica of the Five Martyrs, built in their honor. 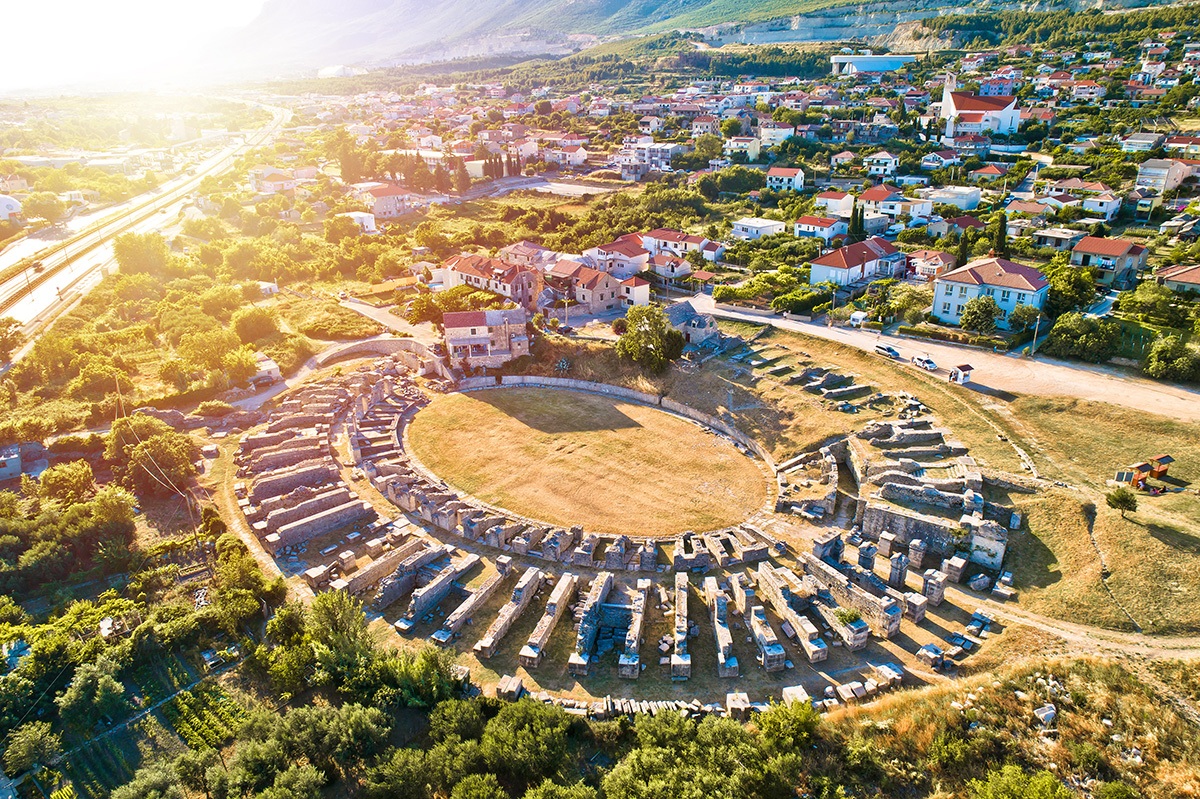 You can find accommodation in Split and Solin on Visitteo. Compare prices of hotels, apartments, rooms, studios, villas, and many other types of accommodation.