Croatia is full of incredible sights, stunning coastlines and beautiful national parks. Car rental in Croatia is one of the best ways to explore this beautiful country. A rented car will give you the freedom and flexibility to see everything Croatia has to offer at your own pace.

Why car rental in Croatia?

A car is definitely the best way to explore Croatia. You’ll be able to see the sights, travel off the beaten track, see more in less time and have the freedom to stop wherever and whenever you want. Renting a car in Croatia can also be the most economical way to travel.

In general, you don’t have to worry about driving in Croatia because the road infrastructure here is excellent. The highway crosses the country from east to west and south to north. The network of toll-free national roads usually runs parallel to the highway. All roads are asphalted, and wide enough, with clear signage.

If you want to see a lot of destinations in Croatia in a short time, you will definitely need a car. Although Croatia is a small country, it is also quite long. Sometimes you’ll want to stay in one place and take day trips to popular sights in the region. Again, the only way to stay in one place and explore the wider region is with a car. You cannot visit all the attractions by bus because it is complicated and slow. Renting a car in Croatia is necessary for these situations. 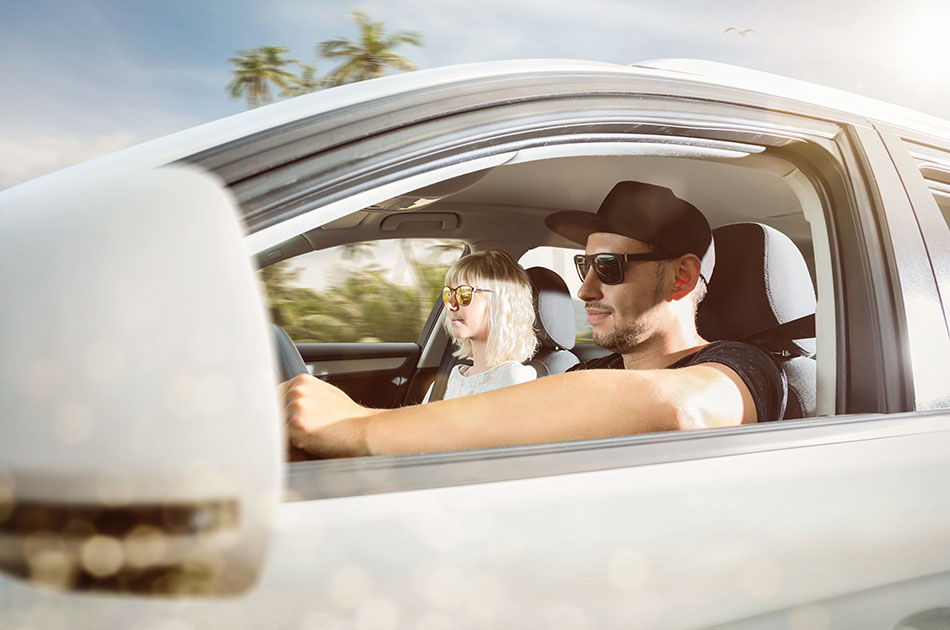 How to find a cheap car rental in Croatia?

If you are looking for a cheap car rental in Croatia, we recommend using Visitteo. Visitteo gives you the unique possibility to search among a large number of rent a car offers in Croatia on the best and most reliable car rental sites at the same time. So you can easily compare prices, locations, types of cars, and much more. With us you can easily find the desired car for your budget.

What makes Visitteo different from other rent a car sites?

Visitteo is a metasearch engine. It combines various sites that provide car rental services, and in real-time shows you car rental offers in Croatia from all of them at once. It’s a unique search engine for finding cars to rent in Croatia or elsewhere. Be assured that on our site, you will find your desired car for the perfect price at any location, whether you are looking for car deals at the airport or in the city center. 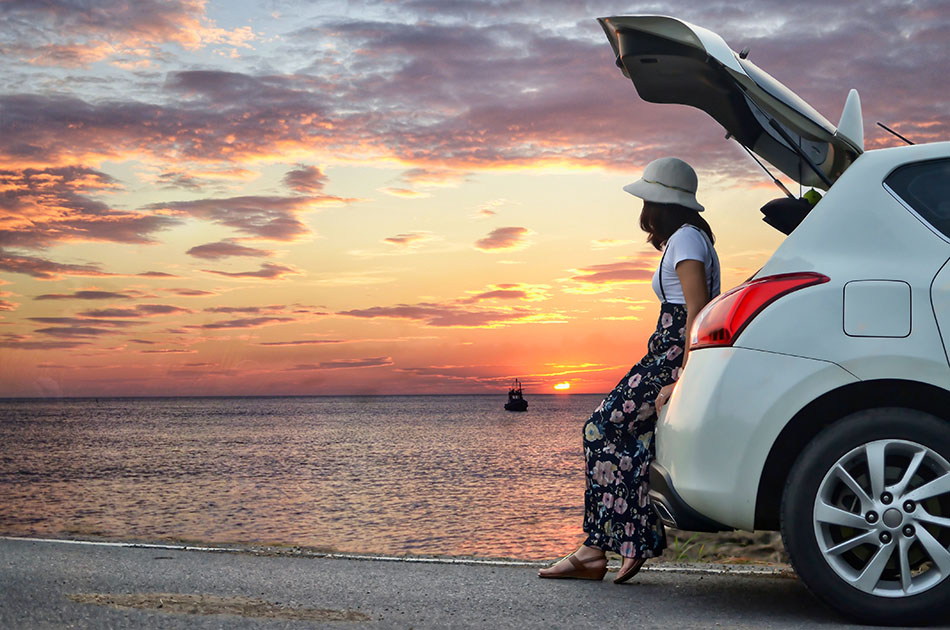 Want to rent a car in one place and return it in another? Most of the local car rental companies in Croatia do not have the option of different drop-off locations. Renting a car to enjoy all that the city and the road have to offer is always a great choice. But sometimes returning your rental car to another location is easier than driving to where you picked it up. On Visitteo you can find all global car rental companies in Croatia. In more than 50 cities and at all airports. We have one of the largest car rental offers in Croatia. So with us it’s easier than it sounds to return the car to another location. Just select a different drop-off location on our site when you’re searching for a car and that’s it. We’ll show you all the car rental companies that have your desired pick-up and drop-off location on your desired date. 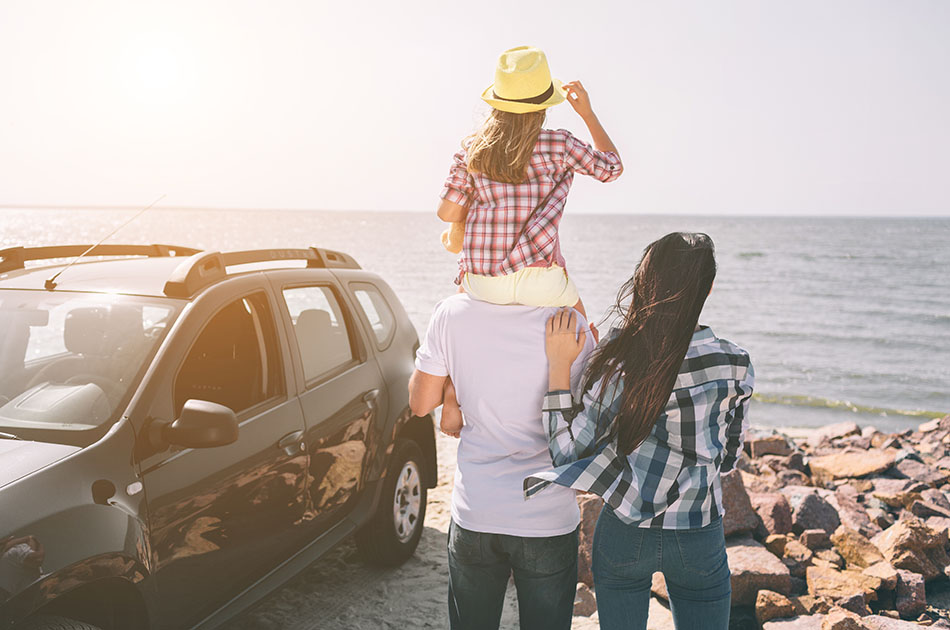 The best destinations for car rental in Croatia?

The city of Zagreb is the capital of Croatia, but also a place of rich history. The city of Zagreb is a very charming and special city. And besides being the main center of Croatia, it is also one of the main tourist centers of our country. This city is full of culture, sights, and beautiful locations. The coffee-drinking culture here is just one aspect of this city’s vibrant street life, fueled by a range of events and sights.

Split is a city of exceptional Mediterranean beauty, warm hospitality and a treasure trove of rich traditions. Always bustling, this vibrant city has the right balance between tradition and modernity. In Split, you can walk through the historic streets, and feel a touch of the past by exploring the excellently preserved palace of the Roman emperor Diocletian. Indulge in the delights of Mediterranean cuisine or relax with a cocktail on the Riva – Split’s famous promenade.

Dubrovnik, the pearl of the Adriatic, a city whose beauty enchants the whole world and attracts many tourists. You will feel awe when you see the beauty of Dubrovnik’s old town, with its ancient city walls, baroque buildings and the glimmer of the Adriatic. Dubrovnik is a place of rich historical heritage, and the most valuable part of that legacy is the imposing city walls. Whether you like antiquity or not, Dubrovnik will not leave you indifferent.

Poreč is a city located in the heart of the west coast of Istria. City of culture, tourism, sports and entertainment. It has been recognized and awarded multiple times for the beauty of public spaces and cleanliness. Poreč, one of Istria’s most famous tourist destinations, manages to balance the authentic charm of a small coastal town full of magnificent historical sights with the conveniences and exciting amenities that modern and active travelers expect.

Rijeka is the third largest city in Croatia after Zagreb and Split in terms of population. Rijeka is a city with a turbulent history. A place that, regardless of numerous regimes, states and conquerors that have changed over the centuries, has developed and preserved the specific way of life of its inhabitants. Few people know that every year Rijeka hosts one of the biggest carnival festivals, almost as popular as the one in Venice.

The city of Zadar is a city of exceptional history and rich cultural heritage. Home to a historic old town of Roman ruins, medieval churches, cosmopolitan cafes and quality museums located on a small peninsula. Zadar is an intriguing city, surrounded by historical ramparts. A treasure trove of archaeological and monumental wealth from the ancient and medieval era. The city is full of Renaissance and many contemporary architectural achievements, such as the first Sea Organ in the world and Salutation to the Sun.

Located on the west coast of Istria, Rovinj is one of the most popular and developed tourist spots in Croatia. The old town was built on an island that was connected to the mainland only in the 18th century. Known as one of the most picturesque and romantic cities in the Mediterranean. Rovinj manages to combine its rich tradition with modern times in a very interesting way.

Šibenik is located in the central part of the Croatian Adriatic coast. In the picturesque, indented bay of the Krka River, one of the most beautiful Croatian karst rivers. Šibenik is a little different from the beginning. It was the first city in Dalmatia founded by native Croats instead of Greeks, Romans or Illyrians. Therefore, it has a special place in Croatian history, culture and tradition.

Opatija, a magnificent coastal town on the Adriatic Sea and a famous tourist destination from the 19th century, is today a popular holiday destination all over the world. The mild and pleasant climate makes Opatija a perfect destination all year round. The city is surrounded by beautiful nature. If you walk around Opatija, you will surely feel the magnificent history and culture of the city. And maybe even hear the verses of the past.

Makarska is one of the most famous tourist destinations on the Croatian coast, which attracts visitors with its natural features and climate, diverse tourist offer and hospitable hosts. Due to its geographical position, located at the foot of the magnificent mountain Biokovo, it is an example of fantastic contrasts between stone, sea and Mediterranean vegetation. This is the area with the most beautiful beaches on the Adriatic and crystal clear sea.

Pula is one of the largest cities in Croatia, located on the southern tip of the Istrian peninsula as the capital of the Istrian region. The city is known for its buildings from the era of the Roman Empire, the most famous of which is the well-preserved Pula Arena. While many travelers visit Pula for its historical attractions, the city has slowly become a tourist hotspot that offers unique and family-friendly activities while maintaining its local appeal.

Trogir is one of the most seductive cities on the Dalmatian coast. A city of beautiful bell towers and steep streets that spread from the ancient central square. Trogir is a small town full of medieval architecture surrounded by the sea. Founded by the Greeks in the third century BC. In terms of historical sights, Trogir can be compared to any city on the Adriatic coast, and its cathedral is one of the most beautiful in Croatia.

Biograd na Moru is a well-known and very popular vacation spot. Located between the cities of northern Dalmatia, Zadar and Šibenik in the center of the Adriatic coast between the coves of Soline and Bošana, with the Pašman Canal in front. The town center is located on a small peninsula surrounded by harbors and a long promenade by the sea.

Other car rental locations in Croatia

Car rentals at airports in Croatia