The city of Zagreb is the capital of Croatia, but also a place of rich history. This city is rich in culture, sights, and beautiful locations, of which we have singled out just a few. The culture of drinking coffee here is just one aspect of the lively street life of this city, fueled by the year-round array of events and sights you can visit. Discover this inspiring city with this list of 7 best things to do and see in Zagreb. 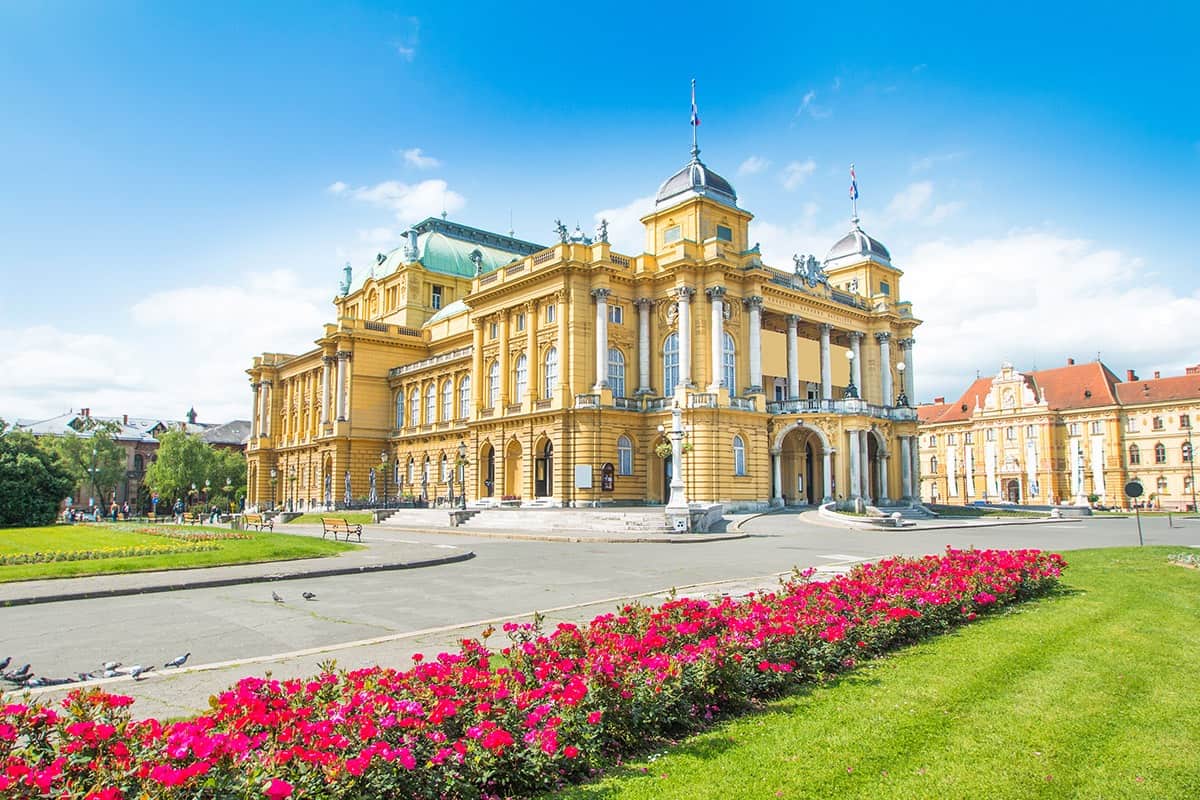 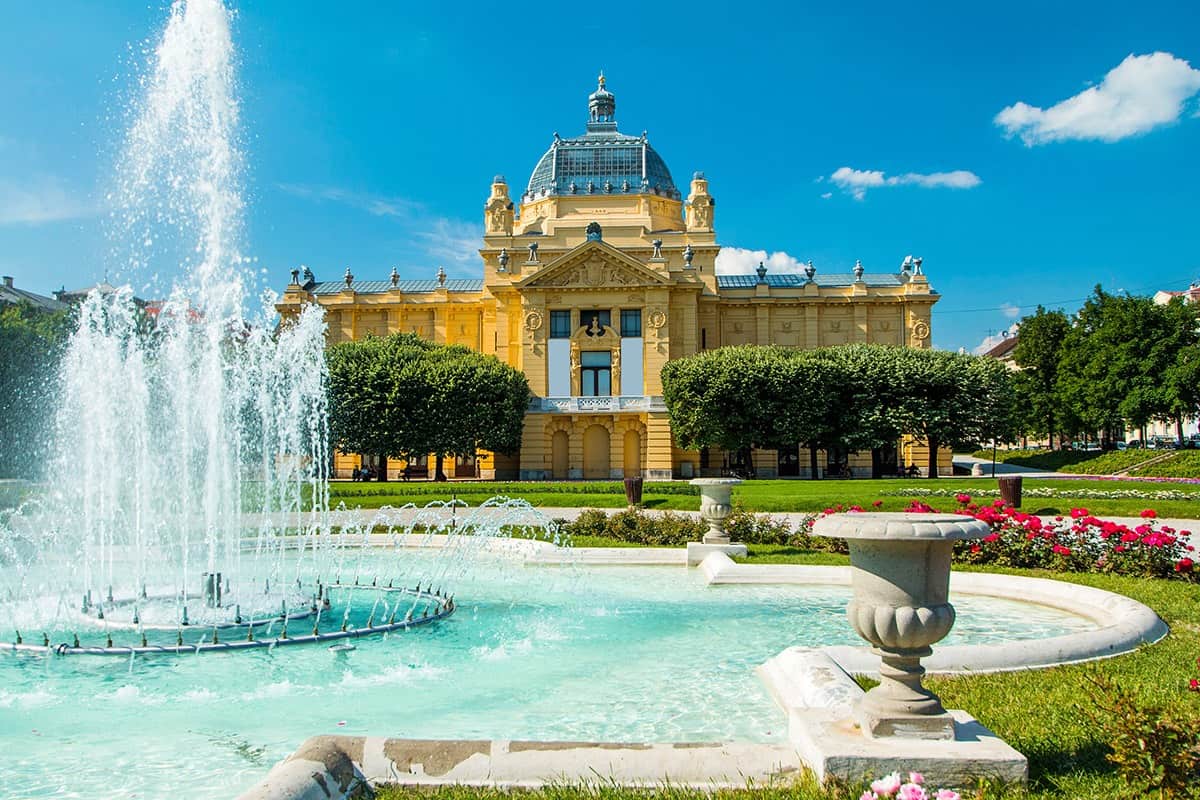 Zrinjevac, named after the Croatian ban Nikola Šubić Zrinski, is the first in a series of eight Zagreb parks. Park is located in the very center of Zagreb. More precisely, it is located halfway between the main railway station and Ban Josip Jelačić Square. Zrinjevac is often the main venue for many events and festivals and is especially magical during the holidays. Today’s appearance of the park is due to several historical monuments, but also the valuable hands of true horticultural artists who make it always beautiful and different. 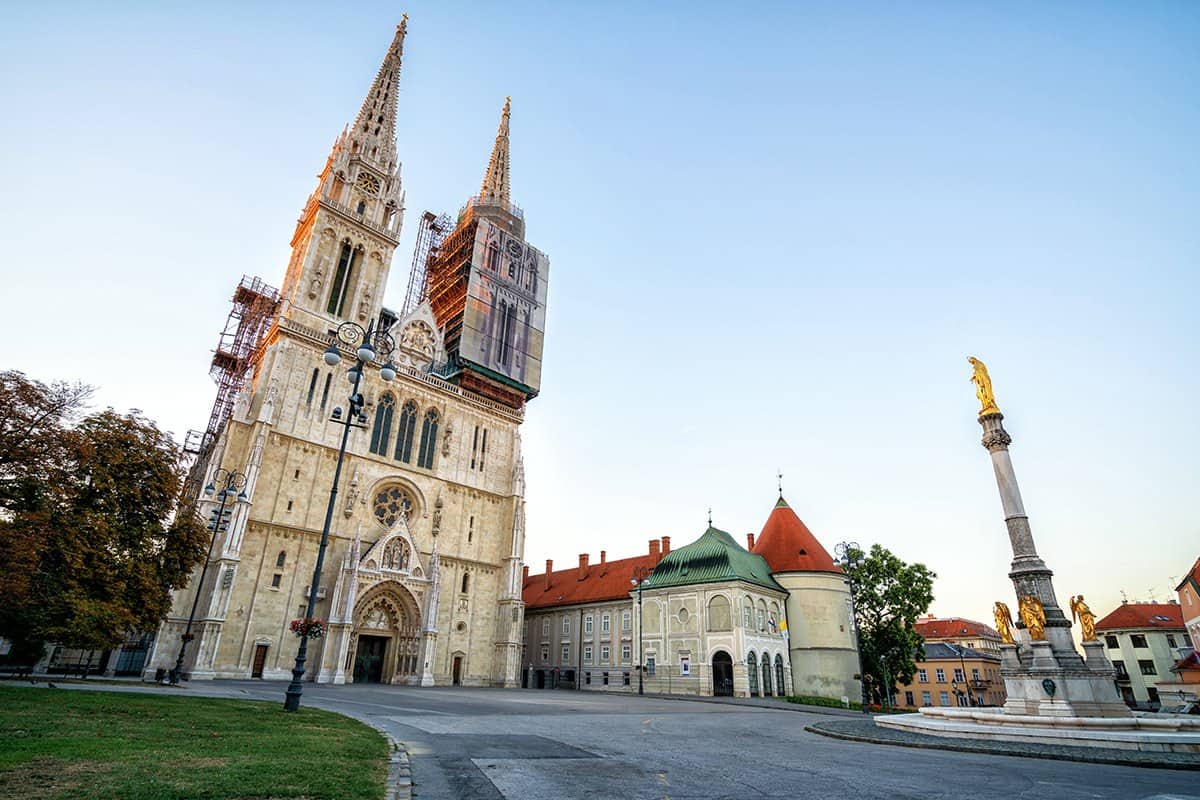 Zagreb Cathedral is the largest and most monumental Croatian sacral building and one of the most valuable monuments of Croatian cultural heritage. The cathedral testifies to Zagreb as a strong Central European cultural center. In 1880, when a great earthquake struck Zagreb, the vaults of the cathedral were demolished, and the building itself was significantly damaged. In 1902, the neo-Gothic renovation began. Thus, the cathedral gets its present appearance with two high bell towers, a high roof, new pillars in the sanctuary, new altars, and a tomb for the Zagreb archbishops behind the main altar.

Maksimir Park is the largest and oldest park in Zagreb. At the time of the park’s founding, it was one of the most important park achievements of the Austro-Hungarian Monarchy. It is known for its greenery, preserved nature, and tranquility. The city zoo is also located here, which earned this place the status of a symbol of the city of Zagreb. Today, Maksimir Park is protected as a monument of park architecture and as cultural and historical sight. Its value as a monument of park architecture and protected cultural property is exceptional and worthy of attention. 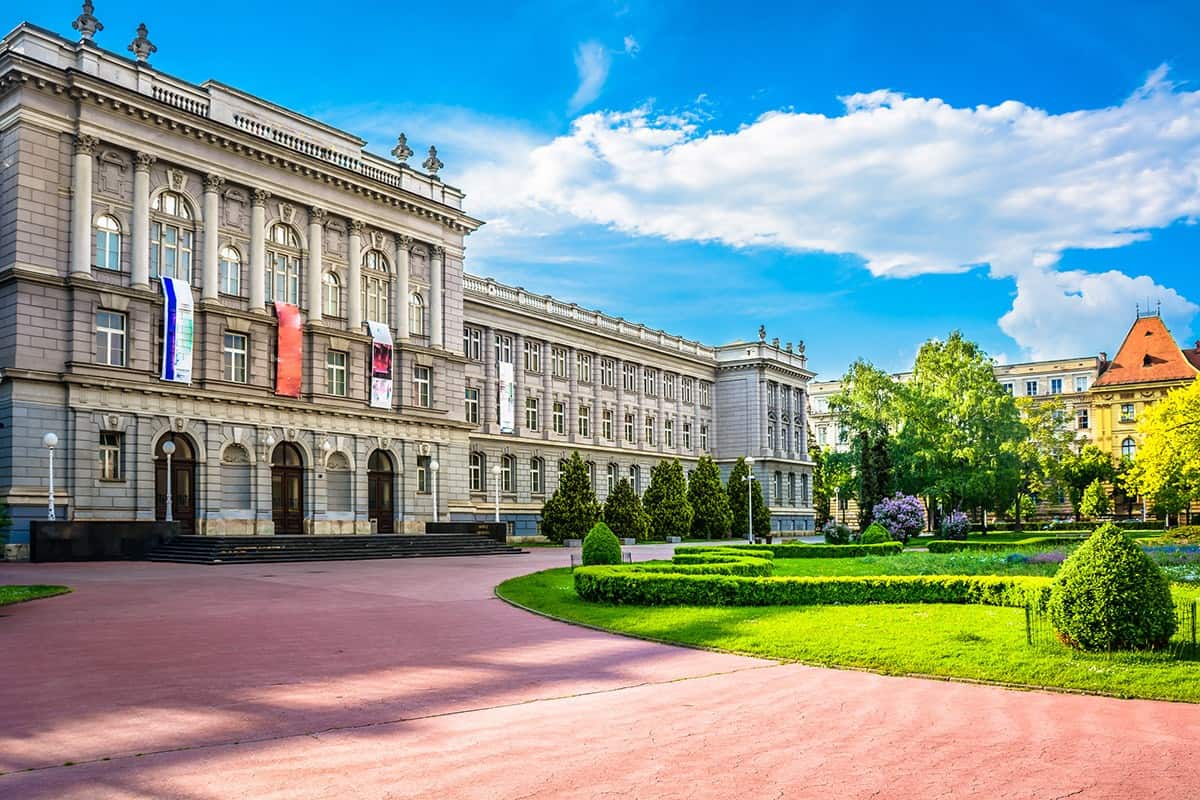 The imposing neo-renaissance former school houses the private art collection of Ante Topić Mimara, who donated over 3,750 invaluable items to his native Zagreb. Inside the museum, you will find Ptolemaic glassware from Alexandria, delicate jade and ivory ornaments from the Qing dynasty, decorated 14th-century wooden crosses encrusted with semi-precious stones, and a huge European collection of paintings. The museum’s holdings are once a private art collection by collector Ante Topić Mimara, which he donated to the Croatian people. The fund is expanding with new acquisitions. 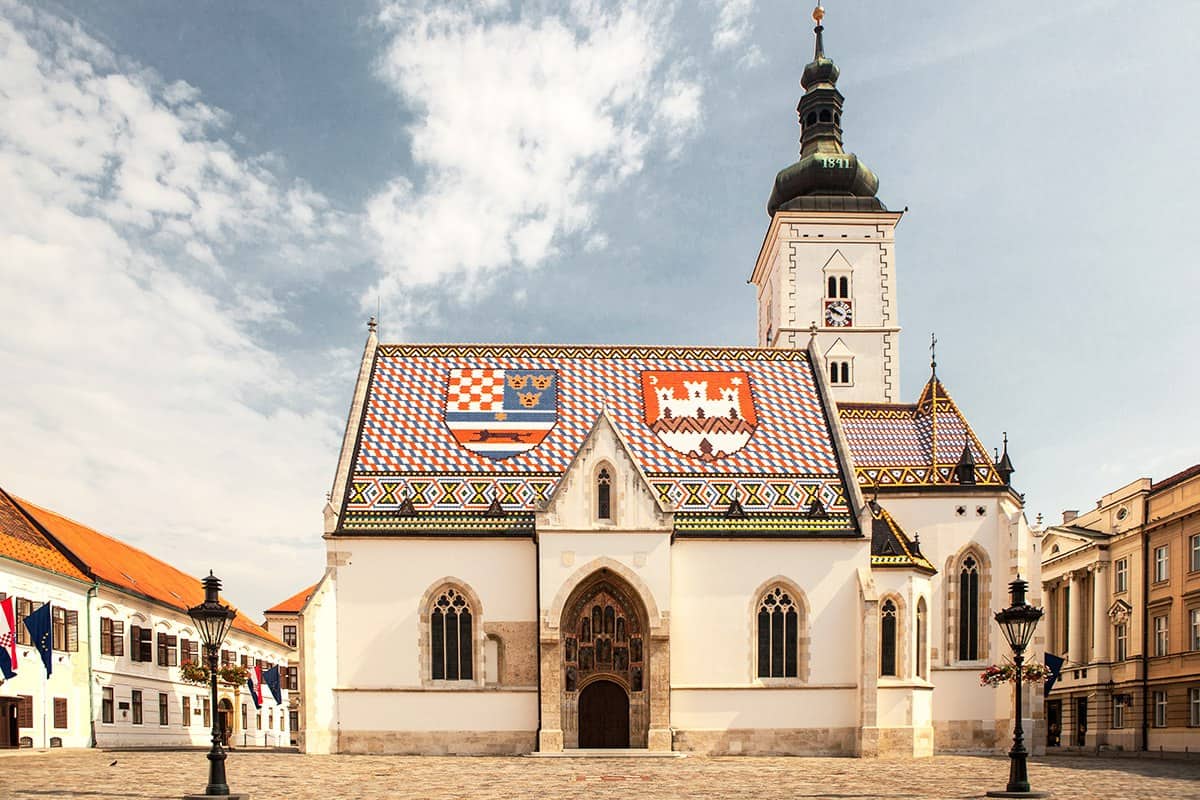 Church of St. Mark is one of the most famous churches in Croatia due to the specific appearance of the roof. The church is one of the oldest architectural monuments of the city of Zagreb and at the same time the oldest parish church in the city. On the colorful roof are two large coats of arms – the coat of arms of Zagreb and the coat of arms of the Triune Kingdom of Croatia, Slavonia and Dalmatia. The church is on the Square of St. Mark, on the east side of which is the Parliament House where the Croatian Parliament sits, and on the west side is the Banski Dvori, where Croatian bans once sat. Today they are the seat of the Croatian Government.

7. Walk through the Upper Town 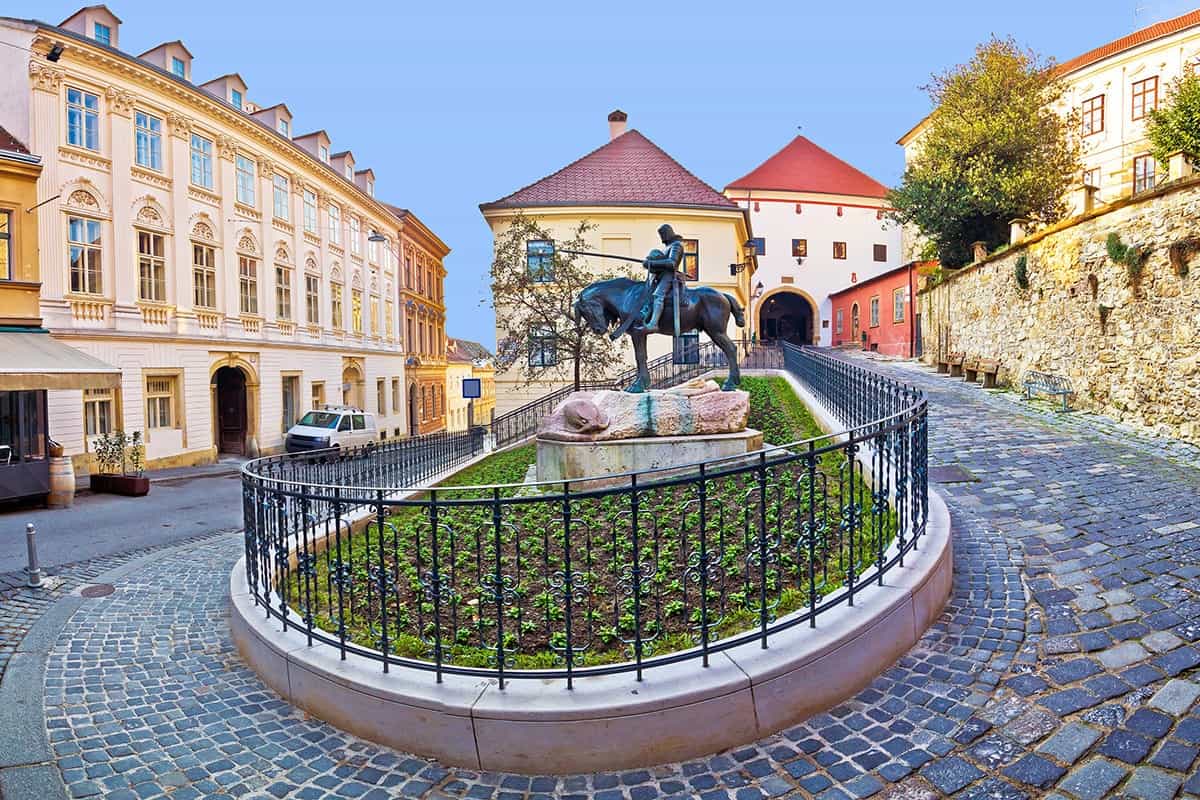 Upper Town or Gradec is the historical core of Zagreb, which, due to its importance for the city, is visited by many tourists. Founded in the Middle Ages, until the 19th century it was, together with Kaptol, the central urbanized area of ​​the city of Zagreb. Unlike the wide boulevards and parks of Zagreb’s Lower Town, the atmosphere here is intimate and old-fashioned. The Upper Town is a wonderful place to explore and it houses some of Zagreb’s most interesting museums, restaurants, bars, and cafes. There are also several baroque houses and palaces in the Upper Town.

Want to visit Zagreb and these things to do and see? You can find accommodation on Visitteo. Compare prices of hotels, apartments, rooms, studios, villas, and many other types of accommodation. Discover Croatia, get inspired, and find interesting destinations on our social networks – Instagram, Facebook, Twitter and YouTube