Although Croatia is known as a small country, it is full of surprises in the form of natural beauty. Croatia’s natural heritage is extremely valuable and diverse, and national parks are the best and most beautiful illustration of these values. Rarely can a country boast of the natural wealth that Croatia has. Its pristine beauty consists of its national parks, original and unaltered, legally protected natural areas. The list of Croatian national parks is quite impressive and colorful. There are currently eight of them, and they are located all over the country. 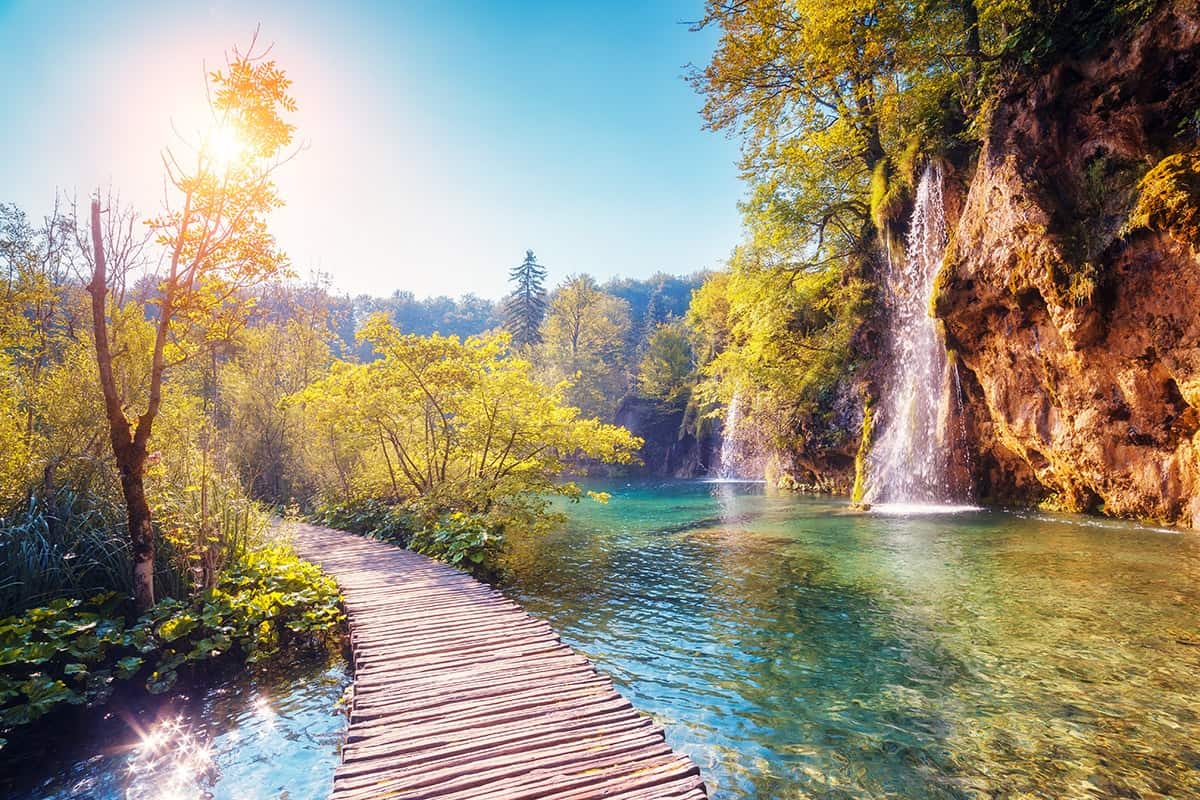 The oldest and most visited of all Croatian national parks is Plitvice Lakes, located in the mountainous area of ​​Lika. Their beauty and value have been recognized by UNESCO by including them on the list of world cultural and natural heritage. Plitvice Lakes can certainly be located side by side with the most beautiful natural resources of the world. It would be a shame not to visit them, even for a short time, if you ever travel to Croatia. Plitvice abounds in springs, and the water creates 16 idyllic larger and smaller lakes interconnected by waterfalls. When you enter the park, it seems as if you have entered a fairytale land. It is a world of the extraordinary beauty of untouched nature. 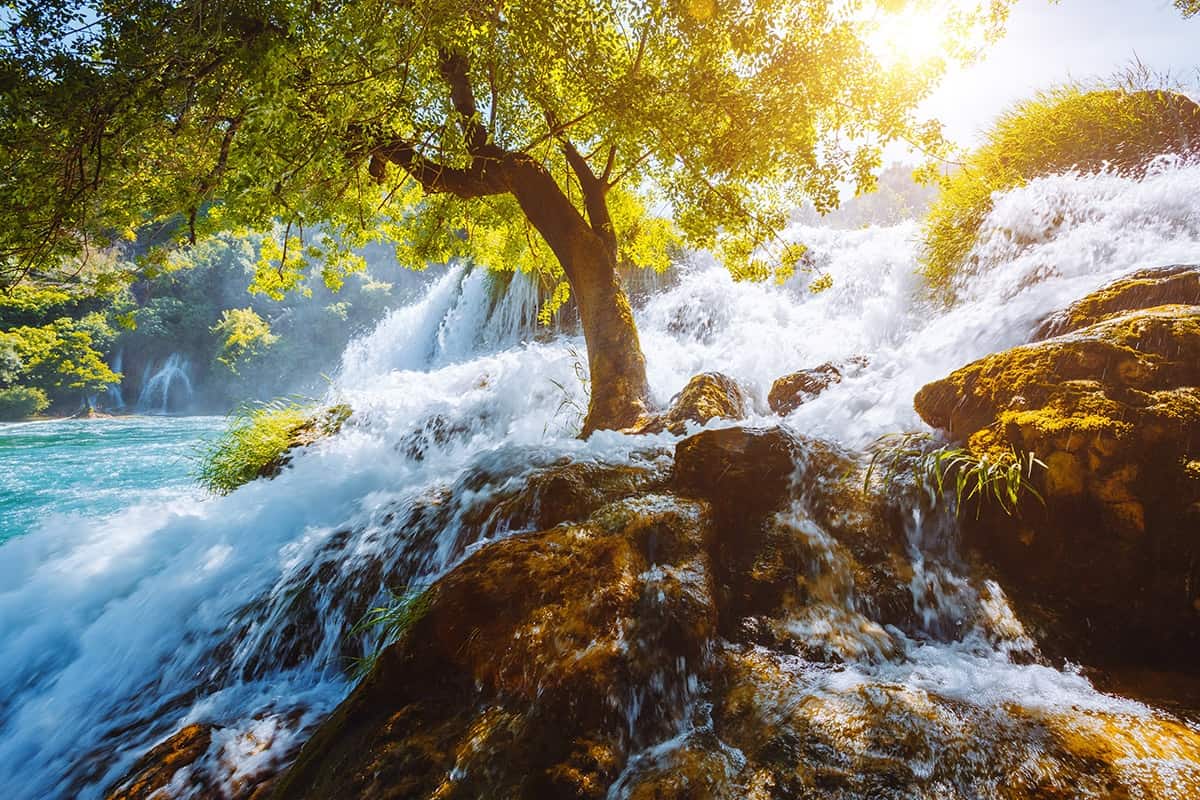 At the place where the sea plunges deep into the land, the Krka National Park was created. Named after the river of the same name, which is part of the park. It is characterized by 7 travertine waterfalls, the largest of which is the seventh travertine barrier, the impressive Skradinski Buk. The national park is named after the beautiful river Krka, which is 72 and a half kilometers long. The park includes the most beautiful part of the Krka river and the lower part of the Čikola river, and the main attraction, although not the only one, is the waterfalls. One of the most popular attractions of the Krka National Park is the island of Visovac, which is one of the most valuable Croatian natural and cultural values. 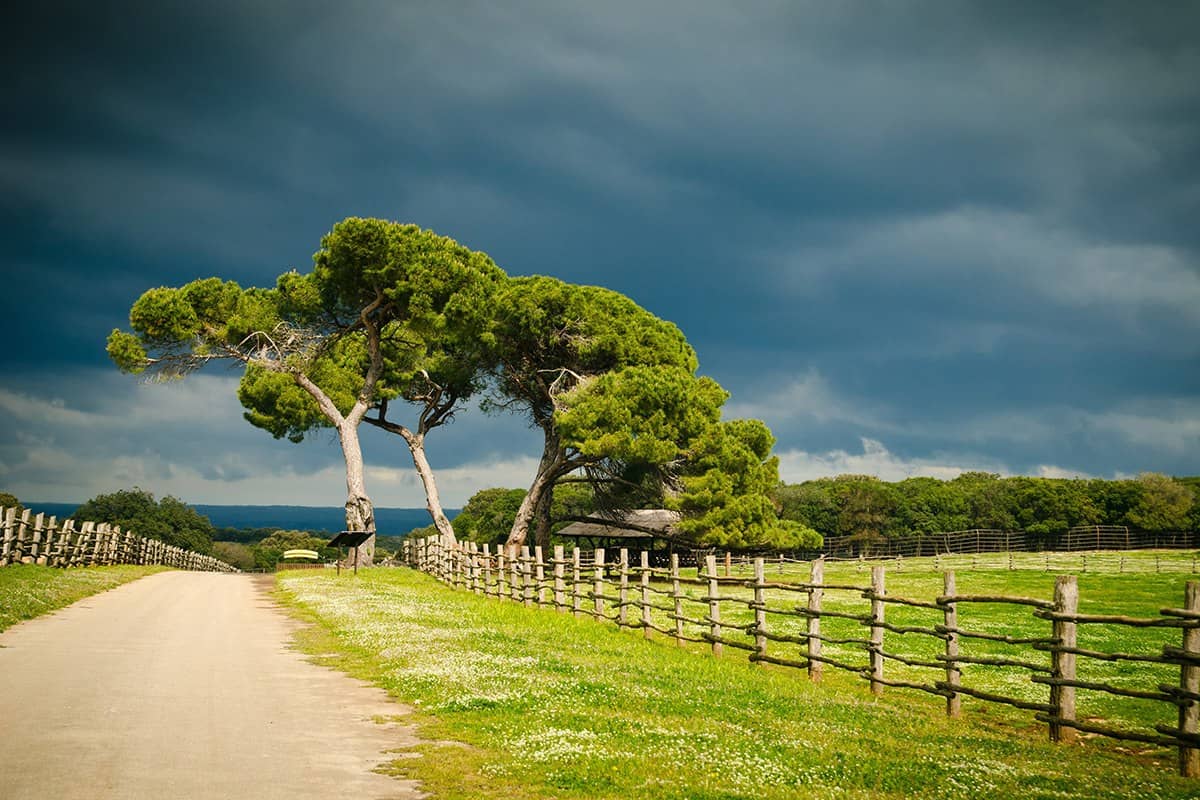 Brijuni National Park is an oasis of a magnificent harmony of man, flora and fauna, which attracts thousands of tourists every year. The Brijuni archipelago is located on the southern part of the western coast of Istria. It has a total of 14 islands and islets, the largest of which is Veliki Brijun. Making them the most indented and largest group of islands in the Istrian area. Brijuni, together with the surrounding sea and submarine, was declared a National Park in 1999, due to its exceptional value. The magical greenery that stretches as far as the eye can see includes almost 700 species of plants, which work perfectly here in the mild Mediterranean climate. 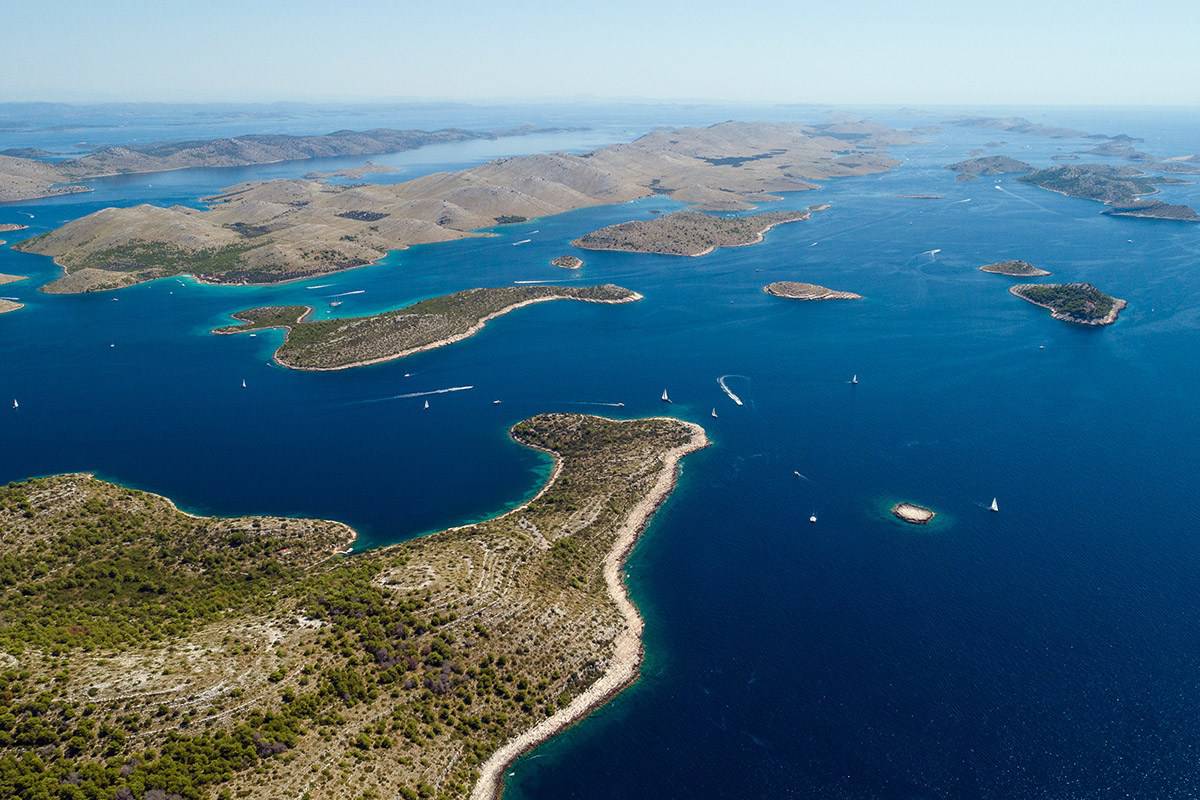 The Kornati National Park is the most indented island group in the entire Mediterranean. And is located in northern Dalmatia between the cities of Šibenik and Zadar. This real labyrinth of sea and stone consists of about 140 uninhabited islands, islets and reefs with an area of ​​only seventy square kilometers. Nowhere in the world is there such a branched, stone labyrinth of islets as the one within the Kornati National Park. This archipelago is known as the most beautiful archipelago in the entire Mediterranean and is special in its way. Drywalls, unusual landscapes, an impressive aerial view of the wondrous appearance created by nature and further shaped by man. The Kornati islands are the most unique of all Croatian national parks. 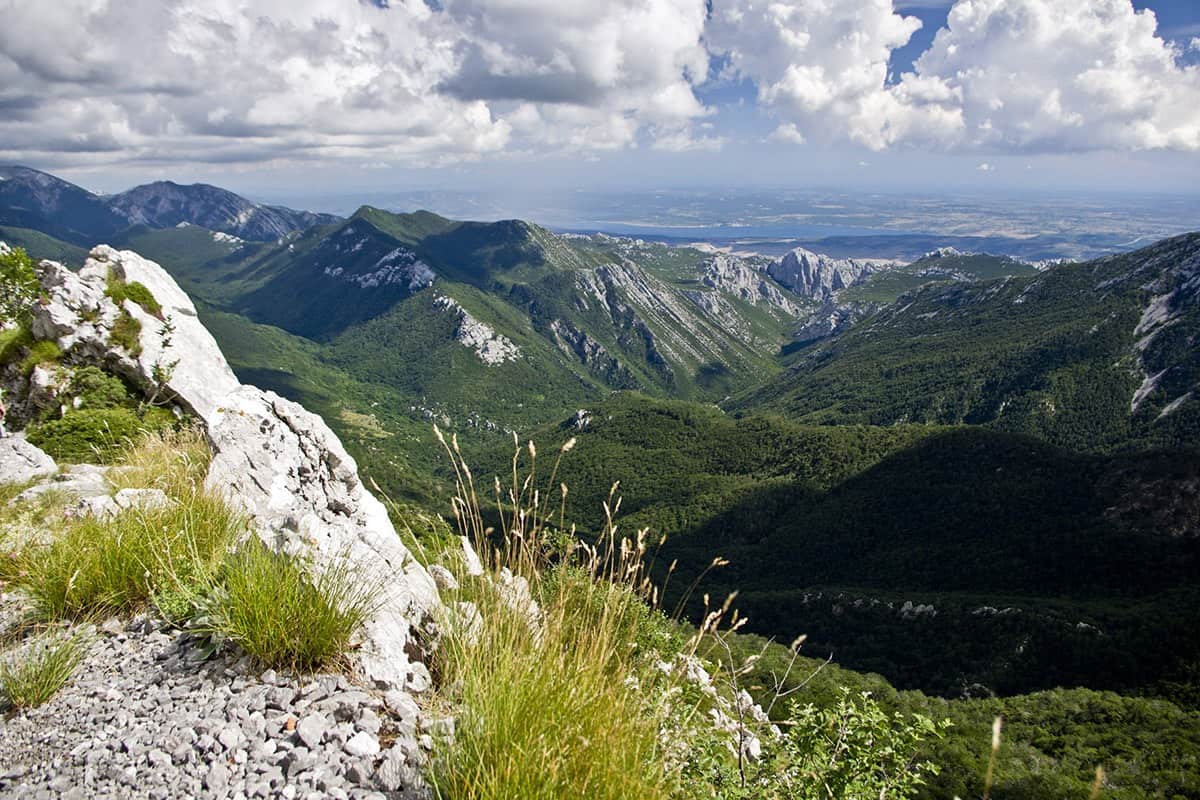 Paklenica encompasses the most attractive areas of the southern part of Velebit, the largest Croatian mountain, including its highest peaks. Its main attraction is the two impressive gorges of Velika and Mala Paklenica, cut into the mountain from the sea to the highest peaks of Velebit. Paklenica National Park will enchant everyone with its beauty and diverse landscape. This landscape paradise in all seasons has its own unique and irresistible appeal. The park abounds in vast natural resources. In a relatively small area, an exceptional wealth of geomorphological phenomena and forms is encountered. Diverse flora and fauna, attractive landscapes and untouched nature. Apart from its natural beauties, Paklenica attracts with its endless recreational activities. 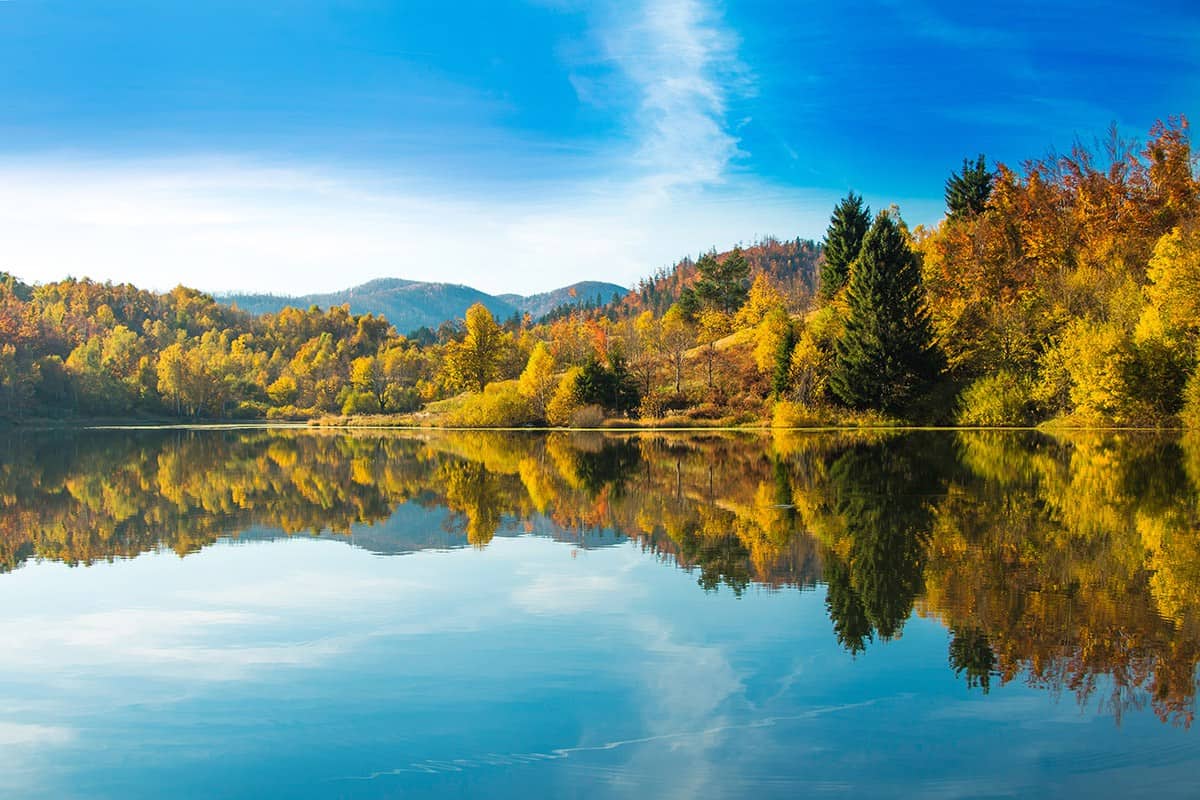 Risnjak is the most forested protected area in Croatia and separates coastal from mainland parts of Croatia. Rich in karst forms and their typical vegetation, Risnjak is a valuable habitat of wild animals and lush forests of beech, fir and spruce. Risnjak National Park is one of the only areas in Europe where three preserved animal species can be found today – the lynx, the brown bear and the wolf. Although Risnjak was once the main habitat of lynx, in the past hunting of these animals was allowed, which led to its extinction. The unique climatic conditions that are present in the Risnjak are perfect for hiking, walking, as well as winter sports. 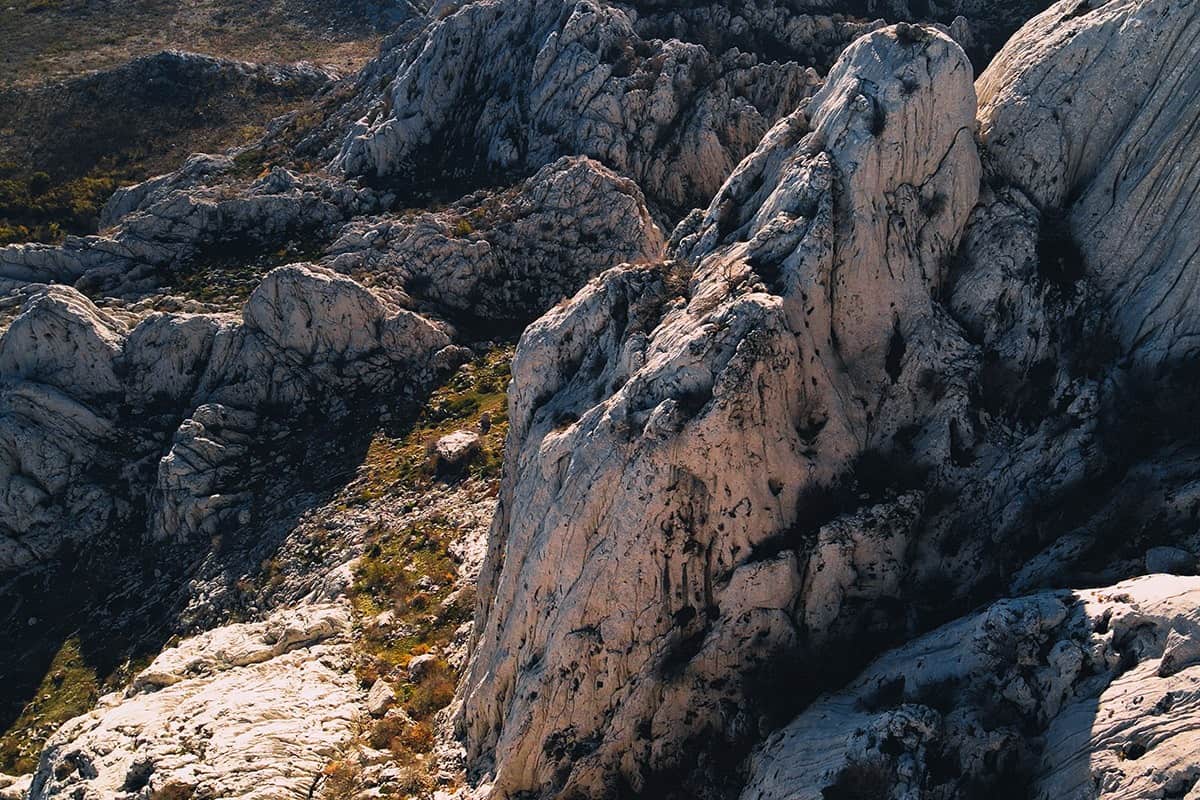 Northern Velebit, a mountain at the point of collision of a mild Mediterranean and harsh continental climate, is another protected natural rarity. Thanks to the numerous hiking trails in untouched nature, a visit to Velebit is an excellent opportunity for recreation. The park is completely within the boundaries of the Velebit Nature Park and was declared a national park due to the diversity, variety and distinctiveness of karst forms, the richness of wildlife and exceptional natural beauty in a relatively small area. Covering an area of 109 km2, the Northern Velebit has over 30 hiking trails that offer visitors numerous opportunities to discover new spaces. 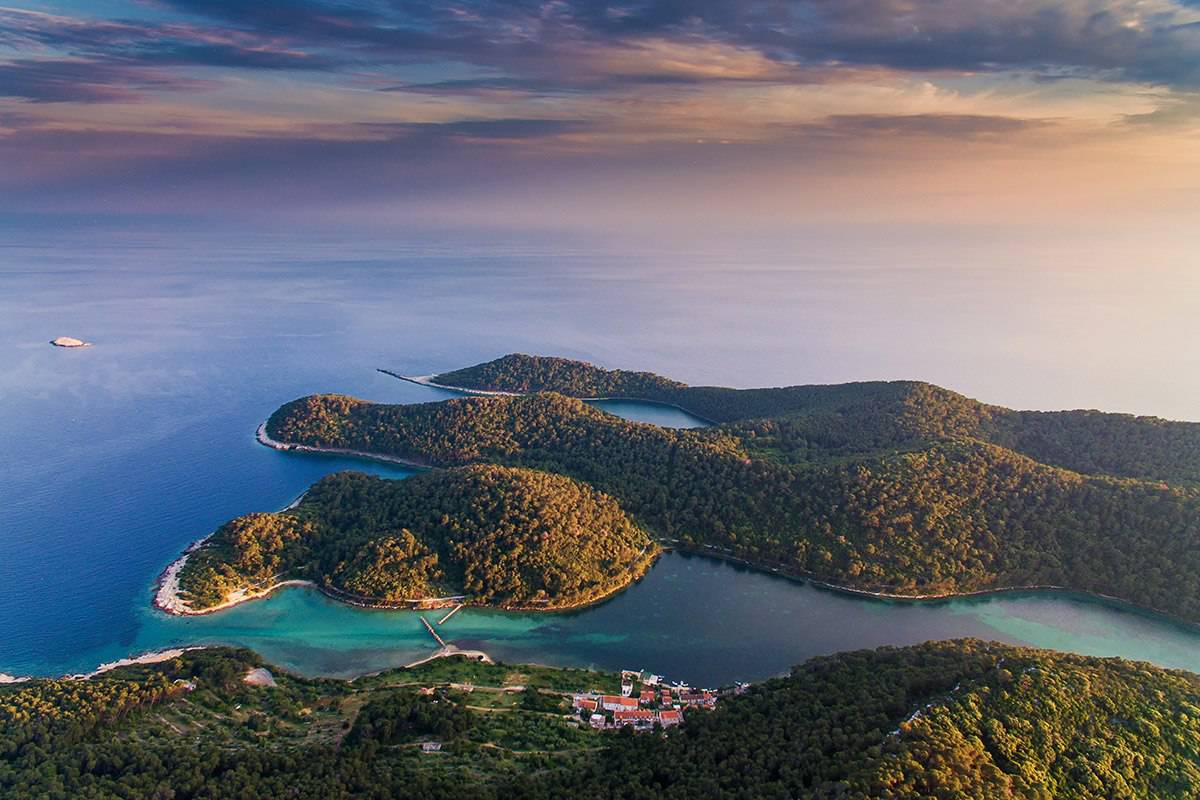 Mljet, the most beautiful and forested island in the Adriatic, is one of the most attractive pearls of the Mediterranean. Separated and untouched, the island of mysticism, olive trees, vines and rich forests is ideal for exploring the rich flora and fauna and for peaceful enjoyment of the beauty of untouched nature. Mljet is surrounded by forests and is one of the most seductive of all the Adriatic islands. The founding of the national park in 1960 at its western end put the island on the tourist map. It is mentioned as early as the fourth century BC in Greek writings. Numerous finds of Greek amphorae and sunken ships along the Mljet coast testify that Greek sailors stayed and traded on the Mljet coast.

Want to visit these Croatian National Parks? You can find accommodation on Visitteo. Compare prices of hotels, apartments, rooms, studios, villas, and many other types of accommodation. Discover Croatia, get inspired, and find interesting destinations on our social networks – Instagram, Facebook, Twitter and YouTube